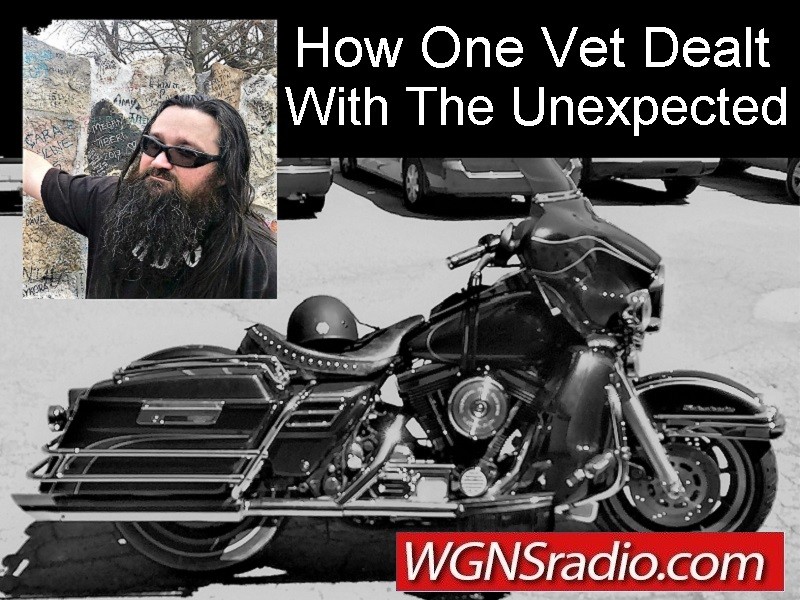 Eugene Morgan knows what it means to be resilient.

In 2017, the Navy Veteran opened shop in his 10-foot by 18-foot garage repairing and customizing motorcycles. However, his journey to business ownership wasn’t fast or easy.

Two months after 9/11, Morgan enlisted in the Navy as a master of arms. He enjoyed serving his country and proudly did so for almost two years until an accident changed his life.

“I don’t remember much, but we drove into a wall,” Morgan said. “I was with a few buddies, and we left the barracks for the market. I only remember heading back to the barracks and later being told I was in an accident.”

Morgan suffered a traumatic brain injury and severe back damage. Despite his setbacks, Morgan remained committed to serving his country, but he quickly realized his physical well-being had declined.

On April 23, 2003 he was honorably discharged and began working odd jobs to establish his income.

In 2014, Morgan began taking business management and auto collision classes at Chattanooga State Community College. For two years, he maintained perfect attendance with stellar grades and was ready to embark on his business journey.

On April 23, 2016, one day before Morgan’s final exams, he decided to take a ride into Nashville with a few friends and return to Chattanooga that evening.

He never made it.

On the way to Nashville, Morgan was involved in a motorcycle accident that caused two compression fractures, exacerbated his previous back injury and required nine pins and two plates placed in his left wrist. He was given CPR to restart his heart and placed on a respirator.

“Basically, I died and then came back to life,” the Crystal River, Florida native said. “I only know what the doctors told me because I actually had amnesia eight months prior and eight months after the accident. I joked with people saying I was 10 Second Tom from “Fifty First Dates,” except I only remembered things for five minutes.”

Morgan said he is eternally grateful to the person who performed CPR. That person happened to be one of Morgan’s college instructors – and later a great friend.

“I owe my life to Tim Chastain,” he said. “We have dinner together all time, and he is someone I consider a brother.”

Despite successfully opening his business while in recovery, Morgan faced additional challenges and needed to financially supplement his endeavor.

“I needed a part-time job,” Morgan said. “I applied for jobs for nine months, but no one would hire me because of my disabilities and the accommodations I needed.”

“Our program provides support and assistance to Veterans living with mental illness or physical impairment who are struggling to find or secure employment,” Connie Gallon, TVHS CWT program manager said. “We believe every Veteran with a disability can contribute to the workforce.”

Morgan entered the program on Oct. 2, 2018 and was paired with Bobbie Smith, TVHS vocational rehabilitation specialist. Smith helped the Navy Veteran secure a part-time job with an auto repair company two days later. He used the independence that gave him to expand his company’s clientele, and he’s ready to grow his business even more.

“My experience with CWT was great, and it allowed me to refine my company’s goal,” Morgan said. “I’m still employed with my part-time job, and I plan to break ground on a new building in June or July of 2021. By mid-year of 2022 is when I’d like to have my motorcycle shop open to the public.”