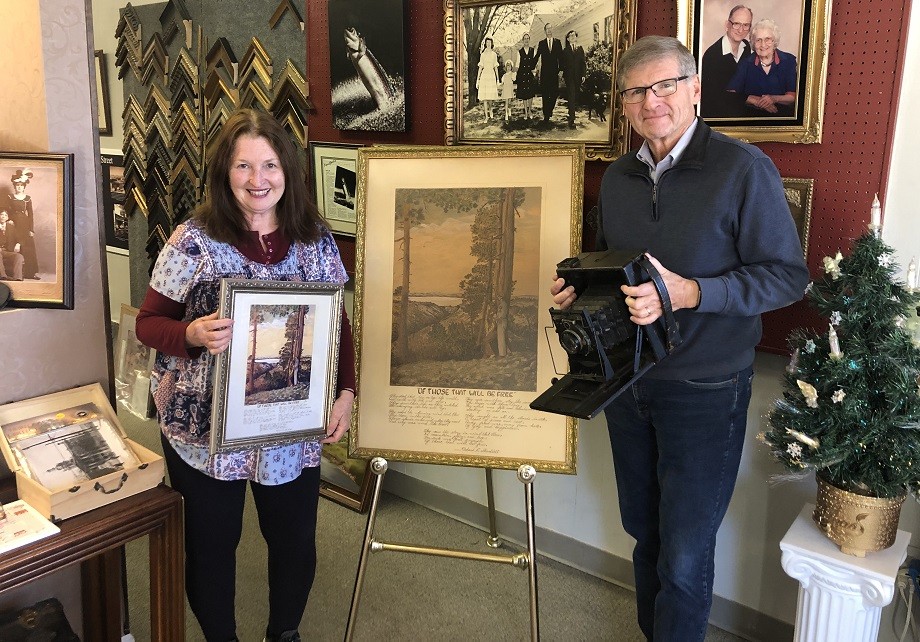 Shacklett's Photography on the Murfreesboro square, came across a poem that dates back to 1944.

According to Bill Shacklett, son, and co-owner of Shacklett’s Photography, “This original poem and pencil drawing are an encouraging message for our time as we strive to find reason and relevancy. We are happy to offer a limited-edition print of this unique family artifact.”

ADVERTISEMENT
A quote .... ”They sought as all the clouds do seek...A spot of peace and rest...Away from war, away from hate...Of joy and happiness”

On a July day in 1935 in Murfreesboro, Tennessee, Richard “Claude” Shacklett walked into Leo Ferrell’s Photography shop and asked if there was anything he could do.  Mr. Ferrell offered him a job processing roll film. Sometime between 1936 and 37, at the age of 16, Shacklett became a local photographer creating and documenting some of the most iconic images of Rutherford County in the 1930’s and 1940’s. By 1938, he was an independent businessman operating out of the old James K. Polk Hotel building.

Notable is the official seal of Rutherford County affixed on every Rutherford County vehicle, on the county parking garage, and on the entranceway of the new judicial building.  Shacklett’s deep love for this county flows in the original design of the Rutherford County Seal officially adopted by the County Commission in 1983.

His spirit for recording the history for future generations has become the mission of Shacklett’s Photography for over 80 years. During his lifetime and profession, Dick Shacklett captured thousands of one-of-a-kind images. He was more than a professional photographer. His passion extended way beyond his brief 73 years into another generation inspiring countless family and friends. It is his zeal for documenting the history for the future lives has long outlived him.

Most do not know that Mr. Shacklett was quite a poet. Under a dark cloud of uncertainty, anxiety, and dread that had descended over the country during World War II, his creative artistry continued to manifest in this amazing composition.

Only recently, has his family revisited this most instinctive talent in his original a poem, “Of Those That Will Be Free”. This poem was written in 1944 while Mr. Shacklett was serving as a military photographer in Hobbs, New Mexico.  Also, newly discovered is his beloved Speed Graphic camera that so many of these images were captured.