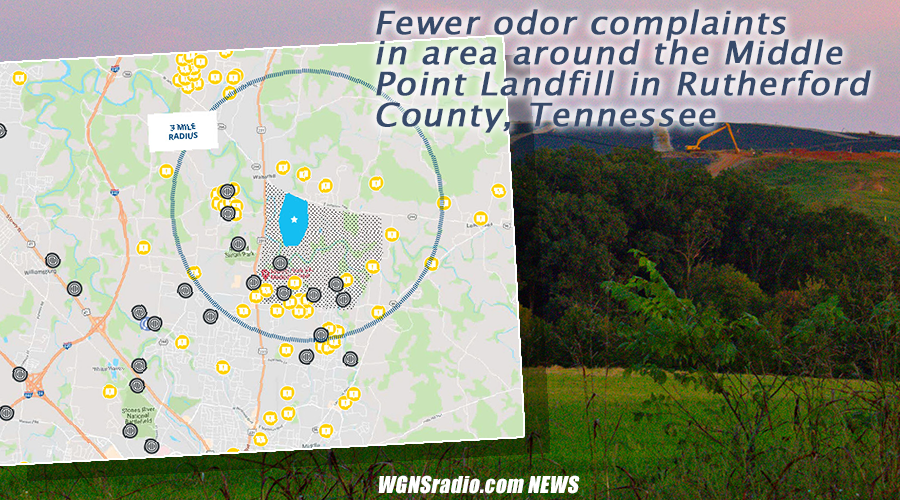 MURFREESBORO, Tenn. – Over the last two months, the Middle Point Landfill team has expedited the installation of new and replacement gas wells at the site to help reduce the potential for off-site odor. Gas wells are a key component of on-site odor control. As part of the landfill gas network, they support collection and control of landfill gas generated during the natural decomposition process, helping to control the potential for off-site odor.

Earlier this fall, Middle Point announced the team would install a total of 30 new or replacement wells by the end of November. To date, the team has installed 36 wells, and plans to install an additional 4 wells by Thanksgiving – for a total of 40 – to further reduce the potential for off-site odor from the facility.

ADVERTISEMENT
The installation of new and replacement gas wells is just one part of the infrastructure enhancements underway at the site, representing a more than $1.4 million investment this fall to help mitigate the potential for off-site odor.

“We appreciate that the community has stepped up to report odor concerns, speak with members of our team investigating reports and for their patience as we’ve worked to make these enhancements and updates,” said Jeremy Jernigan, general manager of Middle Point Landfill. “I want to thank our site team for working hard to go above and beyond on this project, as we work toward completion of the project by the end of the month.”

This past weekend, the Middle Point Landfill team investigated several odor reports south of Compton Road and found that many were attributable to the City of Murfreesboro’s sewer system pump stations. Of odor concerns received in the last week, more than 60% were either submitted from distances greater than three miles, or were reported from locations that were in the opposite wind direction from the site that day, and were thus likely attributable to other sources. Together, these data points reflect an overall decline in the odor reports potentially attributable to Middle Point Landfill.

Please continue to submit odor reports in as close to real time as possible to the landfill team via the Middle Point website at https://middlepointlandfill.com/.

When submitting a report, please remember to include:

• Location (specific address, cross streets or landmark) where odor is detected
• Time of day when odor is detected
• Weather or wind conditions at the time
• Identifying any other potential sources or infrastructure in the vicinity
• Description of the type of odor detected (sewer, trash, gas or other)
• Potency of the odor detected (from 1 [barely detectable] to 5 [high])
Tags: Middle Point Murfreesboro odor report reports Rutherford County Tennessee TN Walter Hill
Sections: News