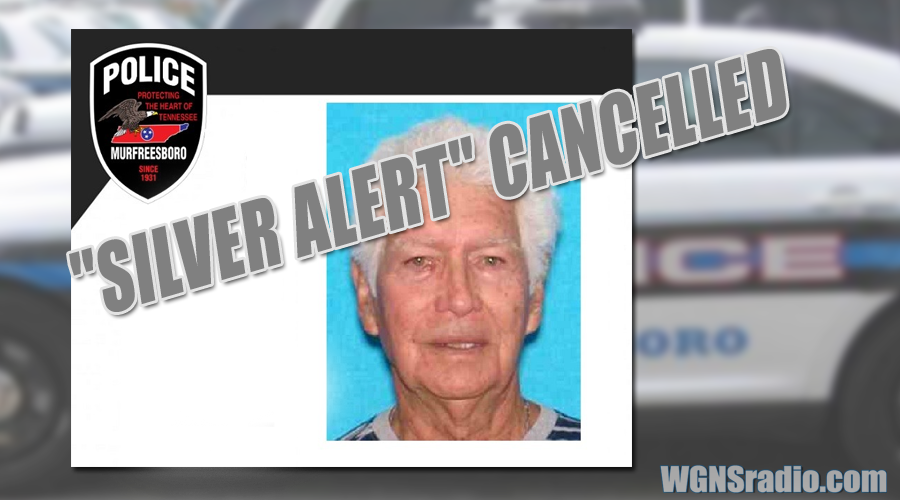 (MURFREESBORO)   A Silver Alert that was issued for 82-year-old Johnnie Driver has been CANCELLED.

Murfreesboro Police originally issued the alert after Mr. Driver was last seen leaving his place of work and never making it to his residence. Authorities said in their release of Driver missing that he was previously diagnosed with dementia, which raised worry when he failed to make it home.

Later, police say that Driver was spotted in Winchester, TN where he knocked on a deputy's door asking for directions back to Murfreesboro. Hours later, he was located in Roane County, Tennessee.

Apparently after he was located in Roane County, he was transported to their local medical center to be evaluated. Reports early Monday morning (12/7/2020) showed that he was still at the medical facility awaiting the arrival of family or friends.