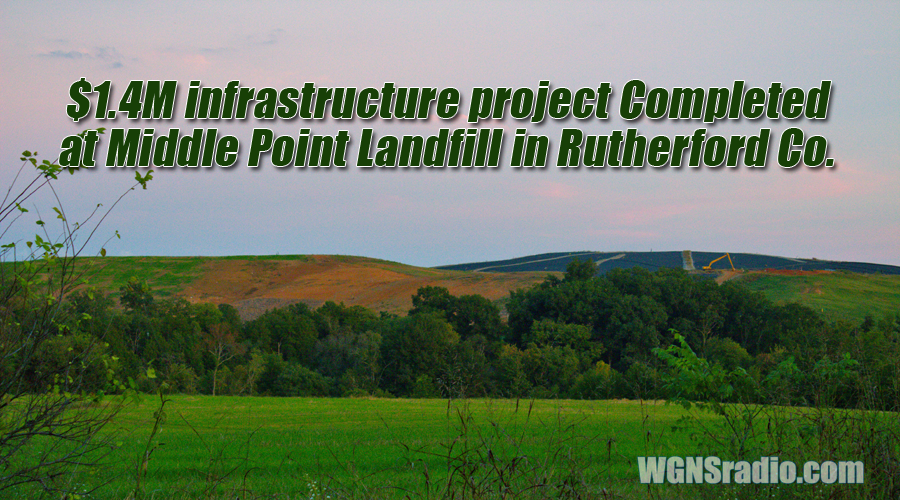 Air compressors are a key part of the landfill gas collection infrastructure that supports collection and control of landfill gas generated during the natural decomposition process, helping to control the potential for off-site odor. Immediately following the equipment malfunction, Middle Point Landfill mobilized an interim compressor unit to support gas collection and help control the potential for off-site odor from the Landfill while the primary unit is being repaired.

“We appreciate the community’s patience as we work to complete the repair to our system as quickly as possible,” said Jeremy Jernigan, general manager of Middle Point Landfill. “As soon as the on-site compressor malfunctioned, our team worked quickly to evaluate the extent of the damage and institute a temporary solution to continue collecting and controlling landfill gas until the primary system can be repaired. I want to ensure the community that we have every measure in place to prevent any disruption in operations.”

Over the last week, the team at Middle Point Landfill also investigated and responded to several odor reports. Of the 107 concerns that were received, more than 40 percent were submitted from distances greater than 3 miles, or were reported from locations that were in the opposite wind direction from the site, and thus likely attributable to other sources.

The community is encouraged to continue reporting any odors in as close to real time as possible to the landfill team via the Middle Point website at https://middlepointlandfill.com/.

When submitting a report, please include:

• Location (specific address, cross streets or landmark) where odor is detected
• Time of day when odor is detected
• Weather or wind conditions at the time
• Identifying any other potential sources or infrastructure in the vicinity
• Description of the type of odor detected (sewer, trash, gas or other)
• Potency of the odor detected (from 1 [barely detectable] to 5 [high])