Was 5G Paranoia Behind The Christmas Day Bombing? 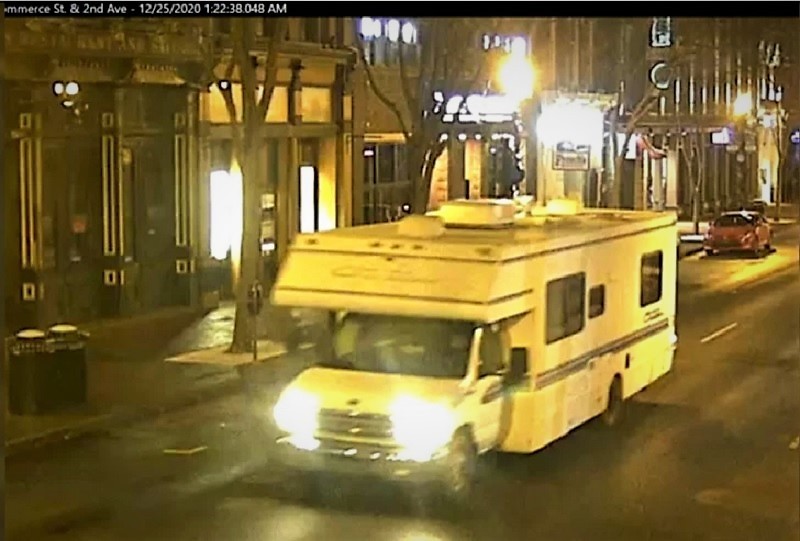 Metro Traffic Surveillance of RV on 2nd Ave. N. around 1:30AM on Christmas morning.

(NASHVILLE)  The FBI district office in Memphis is in charge of the investigation, and it only took hours for federal agents to compile a possible profile and a person of interest. The FBI was knocking on doors of a home in Antioch, not far from the Rutherford County line.

The federal law enforcment group developed a profile of an individual with a paranoia dealing with 5G technology and the government watching the public too closely.

In fact, officers have searched the home of Anthony Warner, named as a person of interest.

Neighbors told officers that a wooden privacy fence next to the home was where an RV was usually parked. It was however gone.

The FBI has assigned 250 agents, analysts and staff to investigate this Christmas morning bombing in Music City. One of their alleged findings is that Warner transferred the title of the Bakertown Road home to a woman last month.

As you recall, Metro Police found evidence of human remains near ground zero on Second Avenue North in Nashville. The results of that analysis has not been released at this time.

The reward for information leading to an arrest and conviction in the case has increased to over $300,000. Officials say that if the reward is not claimed, it will be distributed to the persons impacted by the explosion.