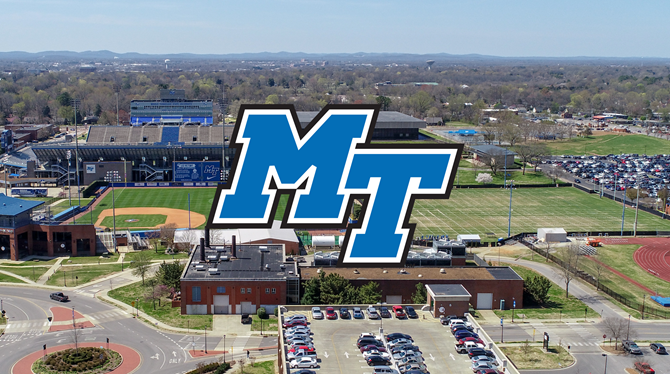 A review by Middle Tennessee State University's human resources chief into Blue Raider Football's compliance with COVID-19 safety protocols found that Head Coach Rick Stockstill largely adhered to a plan "that considered the health and safety of the players and staff."

MTSU President Sidney A. McPhee directed the university's assistant vice president for human resources, Kathy Musselman, to examine the team's adherence to protocols after Tony Franklin, who resigned Jan. 1 as the team's offensive coordinator, made known his concerns about the team's measures to protect athletes from the coronavirus.

"I met with Coach Franklin, who shared with me his concerns about Head Coach Rick Stockstill's commitment to our COVID-19 protocols," McPhee said. "I take any such concerns very seriously and, as such, I immediately directed Assistant Vice President Musselman to conduct a review apart from Athletics of the football program's compliance to our safety requirements. "

Musselman's review, which began Dec. 15 and was accepted by McPhee on Jan. 11, included interviews with Stockstill; Franklin; 12 other football staff members, including one former graduate assistant; two medical doctors involved in the operations of the team; and seven football players. Names of players contacted for the review were kept confidential due to federal privacy laws. Statements provided by witnesses were not attributed to any particular individual.

"Everything was not perfect," Musselman said, "but there was no evidence presented that supports the allegation that Coach Stockstill willfully disregarded the COVID-19 protocols put into place by the University. To the contrary, it appears that a considerable amount of time and effort went into planning and executing a plan that considered the health and safety of the players and staff and allowed for the football season to move forward."

Blue Raider Football played nine of its 12 scheduled games this season, navigating numerous rescheduling and cancellation issues, and finished 3-6 for the season.

According to the review, Franklin's concerns included instances when he said Stockstill was not properly wearing a face mask, pulling it down to talk to players at practice; that prohibitions against indoor meeting or weight lifting were not consistently followed; and that players and coaches did not consistently wear masks in the weight room. He also expressed concerns about consistency of testing, contact tracing and decisions on quarantining those in close contact with those testing positive.

The review also said Franklin did not think players should have returned to campus during the summer.

Stockstill, however, in the review detailed his practice of urging and underscoring the need to follow protocols, including mask wearing and social distancing, and he shared practice notes that included consistent reinforcement of safety practices. He described tailored travel and lodging plans for players for maximum safety; changes to weight room routines that allowed for social distancing; and movement of practices and other activities outside.

"All of the coaching staff interviewed believed that Coach Stockstill was taking the health and safety of the players and coaches seriously," Musselman said in the review. "Some coaches expressed that they were in a high-risk category, but that they felt safe with the protocols that were put into place."

Stockstill, however, acknowledged that he would "pull the mask away from his chin at times" if he thought he was not being heard, or occasionally incorrectly wore a mask, as did other coaches interviewed by Musselman. Stockstill said he started wearing a N95 mask "because it was easier to keep on his face correctly." One coach said that masks would sometimes slip and that younger coaches had to be reminded at times to "correct their behavior."

Also, Mussleman said coaches "acknowledged that they are working with 18- (to) 22-year-old young men and that they don't always follow every rule. However, when players were not wearing their masks or practicing social distancing, they were advised by Coach Stockstill or other staff to put their mask on and spread out."

Players interviewed in the report said that "Coach Stockstill stated that if they didn't follow the protocols, they were putting their families at risk and the team at risk for not doing the right thing." One described Stockstill assigning players to be "mask police" to make sure players followed protocols on away trips and that staff members were assigned similar policing roles on the sidelines of games. Many said Stockstill stressed the need to adhere to safety practices outside of football, as well as instructing them to avoid bars, parties and other gatherings.

Regarding the weight room, several of the players interviewed by Musselman said it "was as safe it could be and (they) were not concerned due to the machines and lift bars being sanitized after each use and the way workouts were handled."

In response to Franklin's concerns about testing and contact tracing, Musselman said she reviewed records that listed the players and the contacts who were quarantined. She said it was reported that "if a player had been in close contact with another player (who) was tested positive, then they were quarantined."

Musselman said, "One player said he was quarantined because someone sitting up above him at a team meeting was diagnosed. He said he didn't understand because he was wearing a mask and was six feet away, but it made him feel good that he was important enough that they were taking his health seriously."

The report said a staff member also responded to the issue of retesting players. In the report, the staff member cited another university that found an instance when a player who tested positive had tested negative in a subsequent test. From that input, the team's testing provider said its protocol was to run samples three times and, if they received different results after the second test, it would rely upon a third test for determination.

"University medical staff agreed that this was the proper action," Musselman said in the report.

Musselman, in a blind numeric assessment of Stockstill's handling of COVID-19 protocols, said that of the seven players interviewed, most gave him a rating of 7 or above. One player gave the coach an 11, saying, "Coach Stockstill does not have a bad bone in his body" and that he "cared about the players and it wasn't just about football but for them to be responsible young men and to get an education first."

Of the 12 coaches interviewed, only one of them did not give Stockstill an overall rating, saying he "didn't feel it was appropriate to assign a specific number," Musselman said. The coach, however said he "believed everything did not just fall on Coach Stockstill but all the staff had a responsibility."

The lowest rating given to Stockstill by the coaches interviewed was a 9 out of 10 by a coach who added, "The reason nobody is perfect is that it was due to a lack of education on COVID-19."

The second-lowest rating, a 9.5 out of 10, was due to "some hiccups along the way," the coach told Musselman. The coach said the main issue was the masks coming down, adding, "It was not perfect but it was handled the best way it could have been handled."

The remaining 10 coaching staff members interviewed by Musselman gave Stockstill "a rating of 10 or 10-plus on how he handled protocol for the season. Most of them said that not everything was perfect, but that "nobody was handed a playbook on how to handle COVID-19."

Stockstill, who was asked for comment before viewing the report, said, "I have built my career in this profession on my integrity and character. I have always put the safety and well being of my players, whether it is in this pandemic or previous years, as my most important responsibility to them and their families. In this pandemic, I know I did the same."

Athletics Director Chris Massaro said the review recognized that there is some room for improvement, Massaro said. "Since the start of COVID-19 pandemic we have placed the health and safety of our employees and students as our number one priority, and that does not change," he said. 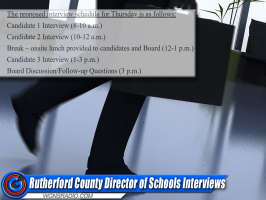