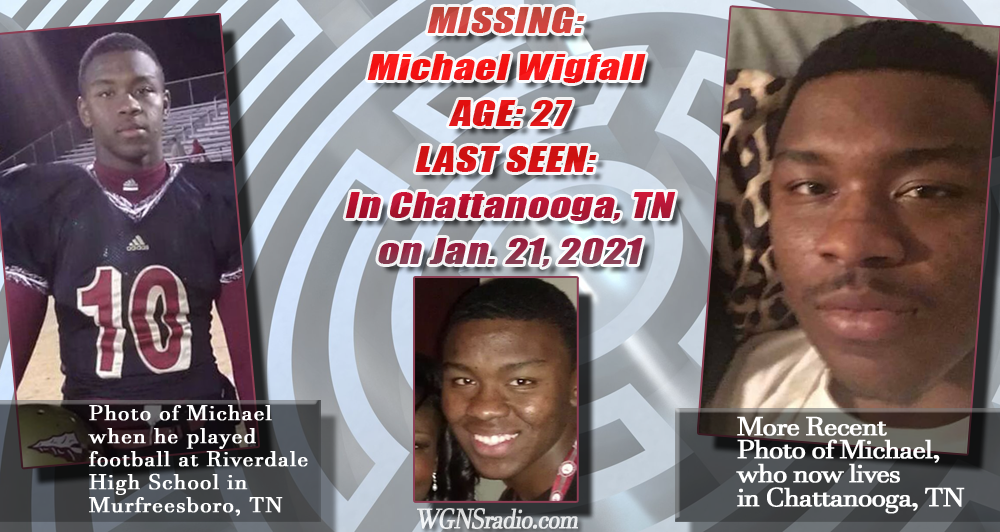 27-Year old Michael Wigfall was reported as missing to the Chattanooga Police Department. Wigfall, who once lived in Murfreesboro and played football at Riverdale High School, was last seen on January 21, 2021.

Wigfall left his Chattanooga home in a 2006 Chevrolet Trailblazer that was blue in color this past Thursday and has yet to be seen.

Wigfall's mother said that her son was a bright youngman who moved to Kansas after graduating from Riverdale High School...

Again, Wigfall's mother told WGNS that her son was diagnosed with Schizophrenia in 2019. She said that he was last seen leaving his home in Chattanooga on Thursday, January 21, 2021. The Chattanooga Police Department is over the missing person case.

Do you know of his whereabouts?

If you see Wigfall or know of his whereabouts, contact the Charttanooga Police Department at (423)698-2525. If you have clues that would help authorities, but don't want your identity to be known, you can remain anonymous by calling the Chattanooga CrimeStoppers Hotline at (423)698-3333.

While Wigfall's destination is not known, his ties to Murfreesboro could lead him to this area. If you spot him in Murfreesboro or the 2006 Chevy Trailblazer (SUV that is blue in color) that he was driving, you can contact the Murfreesboro Police Department at (615)893-1311.