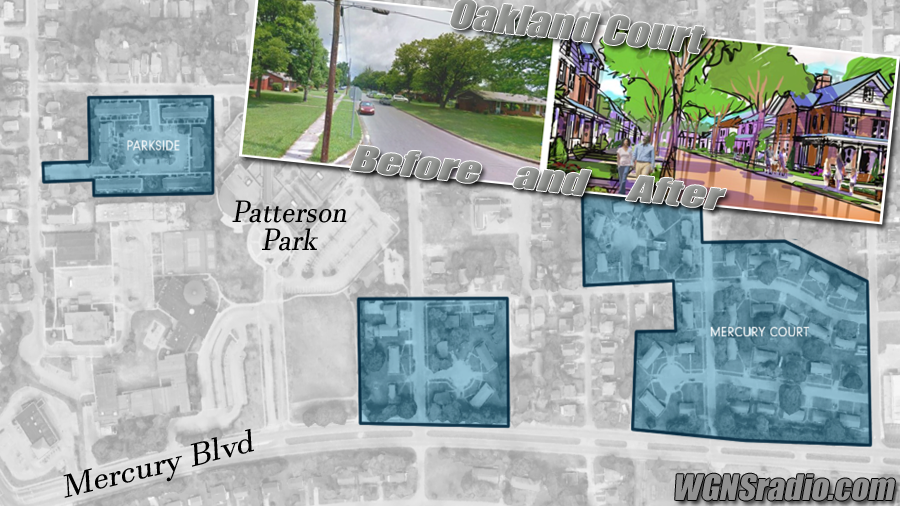 This week marked the first round of public input and engagement to hear the from the community on their thoughts and ideas about the redevelopment of Parkside and Mercury Court --- two affordable housing communities near downtown Murfreesboro.

ADVERTISEMENT
The 46 homes on the Parkside and Mercury property will be replaced, and a later phase will provide 100 additional new homes on the Mercury Court property. The Murfreesboro Housing Authority says they want the community to provide ideas, comments and input about what they’d like to see in new and expanded affordable and workforce housing.

Meeting was held Wednesday: Due to the COVID-19 pandemic, the public involvement process is virtual, which equaled a Zoom meeting that took place on Wednesday afternoon. Upcoming meetings could be set in a similar environment.

More on Funding: As heard in previous newscasts, changes in federal funding for affordable housing are driving the redevelopment in Murfreesboro. Funding for the Mercury Park master plan and new construction will be by secured loans and Low-Income Housing Tax Credits issued by the Tennessee Housing Development Agency, if Murfreesboro Housing Authority’s (MHA) funding applications are approved.

As an example, if a tenant of a low-income Murfreesboro property earned $26,000 annually, then they would pay $650 per month on the rental unit and on their utilities. The rent is based on the renters income, which is one of the qualifying factors in getting the green-light to occupy a housing authority unit.

The Redevelopment: This multi-phase, multi-year effort of designing and building new housing units in Murfreesboro will result in the city’s affordable housing being completely redeveloped and replaced, if enough funding can be secured.

After the master plan is complete and funding is secured, plans call for the 46 families currently living at Parkside to relocate temporarily to Mercury Court.  During that time, Parkside and a portion of Mercury Court will be torn down.

Once housing at Oakland Court I and II is complete, all residents of Mercury Court will relocate to Oakland Court.  A projected timeline calls for Oakland Court homes to be complete by December 2022.

After Mercury Court residents relocate to Oakland Court, the approximately 15 acres at Mercury Court will be redeveloped to include affordable and workforce housing, as well as possible commercial development.