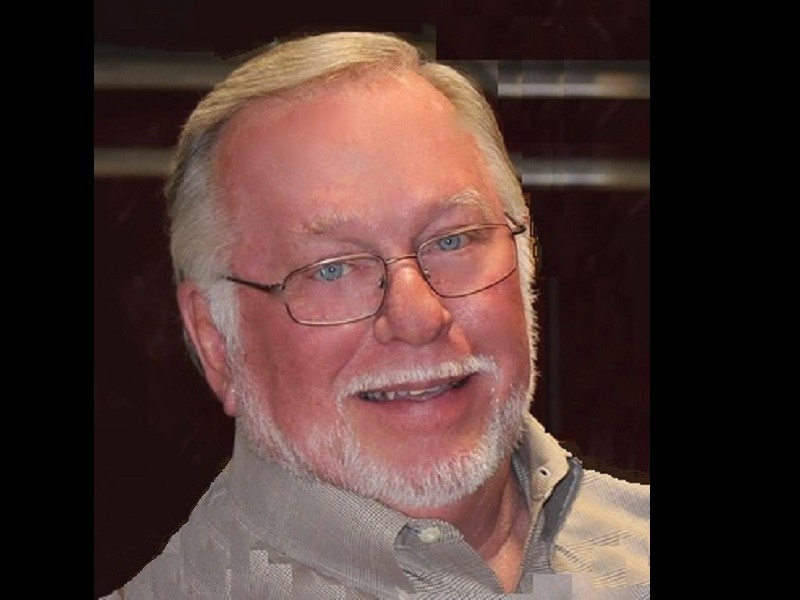 (MURFREESBORO)  Former Murfreesboro City Manager Roger Haley passed away Friday (2/20/2021) as a result of complications brought on by COVID-19. Arrangements are incomplete at this time, but will be announced later from Jennings and Ayers.

His wife, Haley, posted on her FaceBook page, "It is with great sadness and heartbreak, I have to announce the passing of my husband, Roger G Haley due to complications of COVID virus. Arrangements for a Celebration of Life will be made at a later date as I am hospitalized myself with COVID. Please continue prayers as I struggle with this unimaginable loss."

ADVERTISEMENT
Senior Judge Don Ash, who is also a neighbor, said, "It was such a joy to see Roger and Holly out walking. They both glowed in each other’s company. Roger will be remembered as one of the great leaders in the history of our community. I will truly miss his great smile and kind heart."

75-year old Roger Haley was a Rutherford County native, and grew-up in the Florence community.

Childhood friend and Murfreesboro City School Board Chair Butch Campbell reminisced, "I was a classmate of Roger back in elementary school. I can remember visiting with him when he lived on the Old Nashville highway. We would spend the day exploring in the woods as young boys did. There was always an adventure on the farm. He lived near the old Sky Harbor and we discussed what we could do with the bombs they made. I remember seeing his mom ring a chickens neck to prepare it for frying. It was a great time that I shall never forget."

Haley loved Murfreesboro and served the community on the city council and later he was persuaded to become city manager.

Roger's longtime friend Ted Beach talked him into running for the city council in 1978. Ten years later when City Manager Clyde Fite had health issues, a trio made-up of then Murfreesboro Mayor Joe B. Jackson along with Richard Reeves, who would later become mayor, and City Attorney Tom Reed--went to Haley and tried to persuade him to take the position. He refused.

It took a while for the seed to grow. After a year, he accepted with the understanding that it would only be for one-year. Twenty-years later, at the age of 64, Haley decided to retire. He turned the reins over to Rob Lyons.

Former State Representative and iconic Murfreesboro leader John Hood said, "So sorry to learn of the death of former City Manager Roger Haley. He was instrumental in so many projects that made Murfreesboro the great city it is today, especially the Gateway development."

St. Thomas Rutherford Hospital President and CEO Gordon Ferguson remembered, "Roger Haley had a significant role in the hospital's relocation from Highland Avenue to Medical Center Parkway in 2010. Some eight years before our move, the late Matt Murfree and I spent many hours with Roger and his staff negotiating the purchase of the original 68 acres of property where the hospital now stands. Mr. Haley was a masterful negotiator and certainly made sure the City of Murfreesboro benefited from one of the very first acquisitions of the Gateway property."

Ferguson concluded, "I had the pleasure of visiting with Roger Haley just a couple of weeks ago. His love for Murfreesboro and our community was evident then just as it was during our property acquisition discussions almost 20 years ago."

Haley often used colorful phrases to describe life. When the city's Gateway Project was in its infancy, Haley shared the new on WGNS.

In 1989 he was on WGNS telling about plans of taking an old city landfill and turning it into a walking park with a pond.

Haley noted, "It would become one of the central attractions of a strategically planned development of retail, office and corporate space, medical and residential".

He used a variation of an old proverb and likened the project to "taking a sow's ear and turning it into a silk purse".

By the way, he was describing what is now known as the Gateway Island.

In that broadcast, Haley described Murfreesboro as "having good industry, great location with I-24 along with our closeness to Nashville, plus educational opportunities from kindergarten through a doctorate at MTSU."

Haley, along with the mayor and city council then began strategic planning to build a solid tax base for Murfreesboro with plans to attract a diverse mix of retail and industry. It obviously worked, because Murfreesboro's population was approximately 46,000 in 1990 and nearly 187,000 for 2021--that's an increase of over 400 per cent.

His vision of turning the old landfill into what is now Gateway Island, and surrounded by Ascension's St. Thomas Rutherford Hospital, Murfreesboro Medical Clinic, The Fountains, The Avenue of Murfreesboro, Embassy Suites Hotel and Convention Center, several other hotels, numerous apartment complexes and much more.

If you have a memory about Roger Haley, please e-mail it to news@WGNSradio.com.

Again, funeral arrangements for Roger Haley are incomplete at this time, and will be announced later by Jennings and Ayers.

Listen earlier broadcasts of "The Truman Show" on WGNS with Roger Haley: