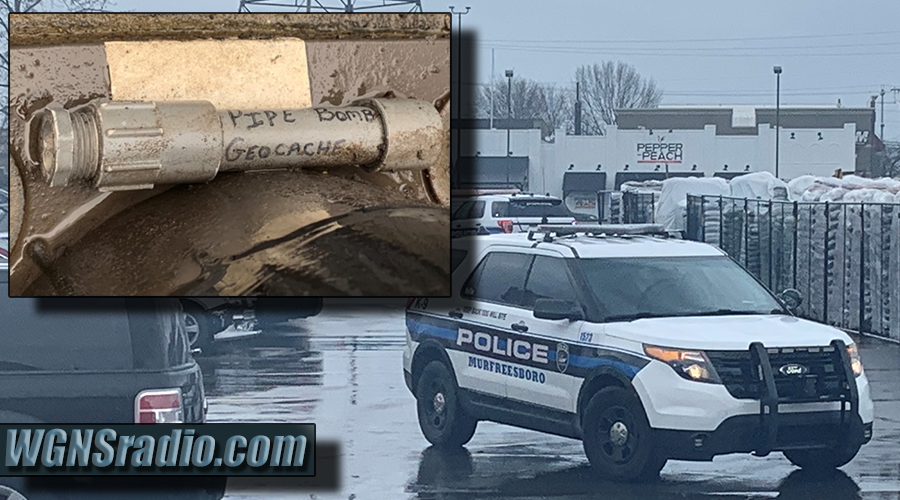 UPDATED: Murfreesboro Police responded to Home Depot on Old Fort Parkway Monday morning - about 30-minutes into the 10-o'clock hour, after two people found what appeared to be a pipe bomb in the parking lot. The device was found next to the base of a utility pole.

ADVERTISEMENT
The MPD quickly cleared the parking lot of any bystanders and blocked roads going into the area while the Tennessee Highway Patrol Bomb Squad arrived to determine if it was an active bomb.

A bomb sniffing K9 did not alert officers to the presence of an explosive powder, which meant the device was not believed to be an active pipe bomb. The THP x-rayed the item and rendered it safe.

As for why the replica pipe bomb had "Pipe Bomb Geocache” hand written on the side of it, that is not known. However, Geocaching is an outdoor recreational activity in which participants use GPS navigation to hide and find containers that have notes or small trinkets inside of them.

What was described as a Pipe bomb was found behind a utility pole in the Old Fort Parkway Home Depot Parking lot at 10:37 AM – Monday morning. Motorist were turned away from entering the area around the Murfreesboro store as police worked with the fire department to investigate. 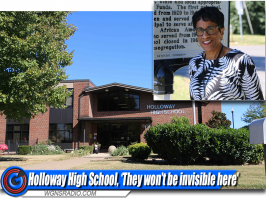