Man Struck and Killed on I-24 this past Saturday Morning

In the Antioch area, a pedestrian was struck and killed on Interstate 24 at Haywood Lane. The incident occurred this past Saturday at 1:40 a.m.

Metro Nashville Police say that 38-year old Terry Jones of Murfreesboro was merging onto the Haywood Lane exit ramp when he struck a man who was standing in the right lane of travel.

The deceased is a man of Hispanic descent who carried no identification. Witnesses reported seeing him standing in the roadway with his back to traffic and his head looking up prior to being struck.

As of Monday night (3/22/21), police have released few details about the accident. 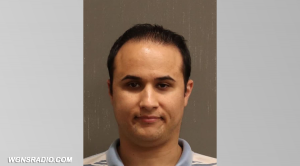