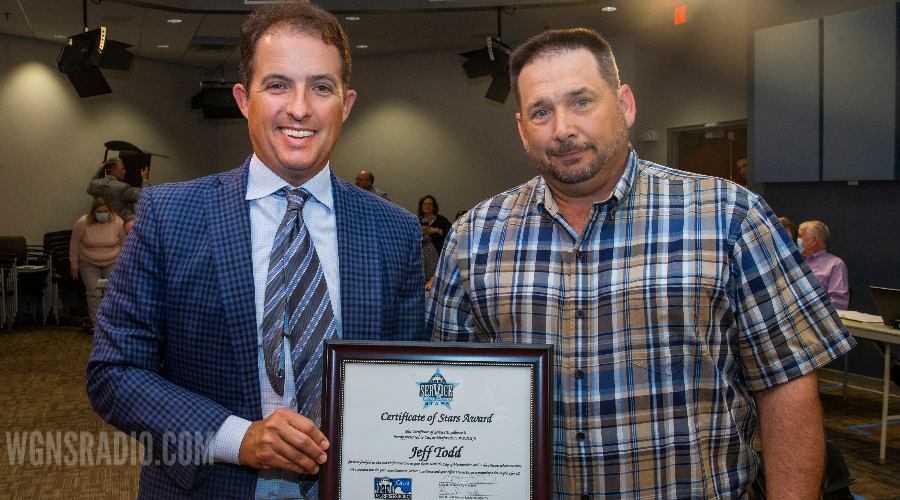 STARS stands for “Succeeding Through Attitudes Reflecting Service Excellence.” Todd is an example of representing the City in a positive light, exhibiting the core values, and creating a better quality of life for citizens.

Todd went above and beyond the call of duty in responding to smoke coming from a side street as he was driving on Joe B. Jackson Parkway, Feb. 8, 2021. The following description was provided in the STARS nomination:

“On February 8, 2021, while driving down Joe B. Jackson Parkway, Jeff noticed a lot of smoke coming from a side street and could smell something burning.  As he turned onto Cedar Street, he saw a duplex with smoke billowing out of the roof.  He immediately called 9-1-1. He knocked on all doors and windows to notify anyone that may be inside and thankfully no one was home.  When the [Rutherford] County Fire Department arrived, fire was visible on one side of the duplex.  Jeff’s quick-thinking no doubt saved two dwellings and personal belongings.”

Congratulations to Jeff Todd of the Murfreesboro Public Works Department for being named recipient of the February 2021 STARS Award for Outstanding Performance.

WGNS recently spoke to the Murfreesboro Funeral Home about difficult times that many of us face
Action Line: Preventing Suicide and helping families impacted by suicide