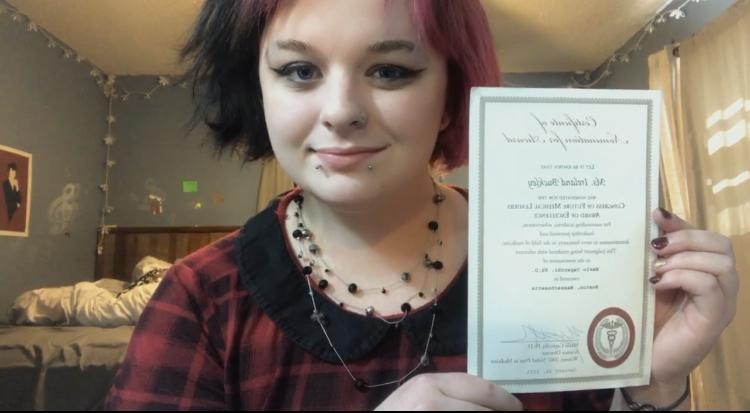 Holloway High School junior Ireland Buckley recently participated as a delegate in a virtual event hosted by the Congress of Future Medical Leaders.

ADVERTISEMENT
Buckley represented Holloway High and the State of Tennessee.

“I am very excited,” she rightfully admitted.

Afterward, Buckley said, “It was incredible. We saw surgery that was narrated by an orthopedic surgeon. We also met many high achieving medical personnel and people who are considered medical miracles. I met many other delegates in breakout rooms.”

The purpose of the Congress is to honor, inspire, motivate and direct top student to achieve their dreams, according to their website, which also describes the Congress as a selective program honoring academically superior high school students dedicated to the service of humanity through medicine.

“I am planning on a master’s degree in psychology (or) psychiatry,” Buckley said. “This Congress proved to me that a job in mental health is 100 percent a medical career. … It was a great experience.”

Buckley hopes her participation and her award of excellence, which was signed by 2007 Nobel Prize in Medicine winner Mario Capecchi, Ph.D., is a resume builder that attracts the attention of some universities that might not have otherwise considered her for acceptance.