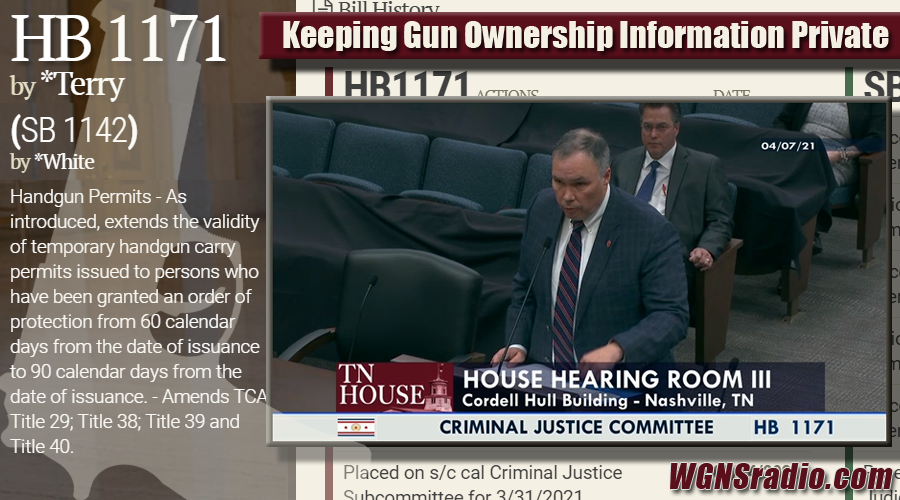 Above: Photo of Murfreesboro resident and State Rep. Bryan Terry speaking before the Criminal Justice Committee

Legislation that seeks to protect the anonymity of citizens related to firearm ownership is moving through the Tennessee House committee system.


The amendment is on House Bill 1171, which also extends a temporary handgun carry permit to those who have been granted an order of protection from 60-calendar days from the date of issuance to 90 calendar days.

The bill has been nicknamed the Firearm Information Privacy Protection Act (FIPPA).

Representative William Lamberth of Portland, TN compared the bill by Dr. Terry to that of the Health Information Portability and Accountability Act known as HIPPA...

This legislation will create a Class A misdemeanor for any public personnel that intentionally discloses information about an owner of a firearm, for the purpose of compiling a federal firearms registry or confiscation of firearms.