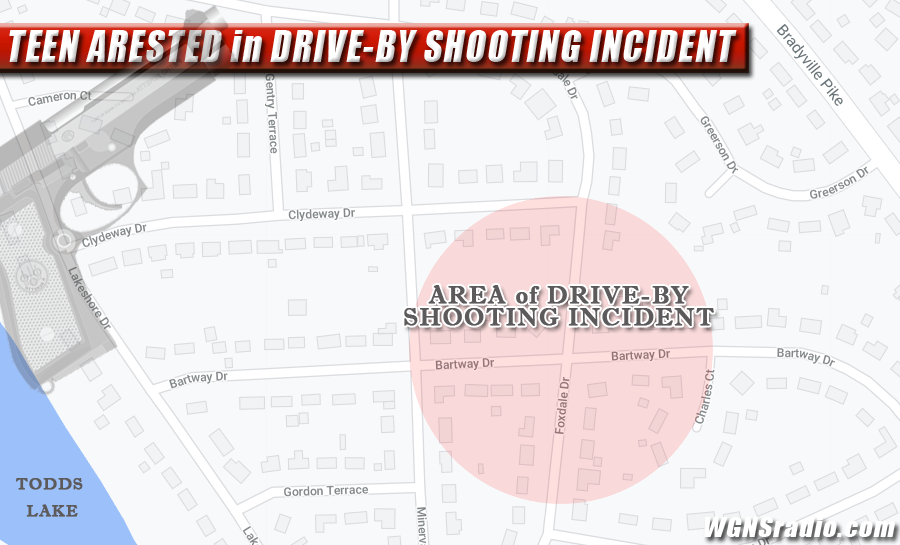 MURFREESBORO, Tenn. – A 16-year-old male has been arrested a day after a drive-by shooting with one of the bullets hitting only inches away from a 1-year-old baby in the back seat of a vehicle.

Officers were able to locate the teen Thursday (4/22/21) morning and took him into custody. He is facing several charges including three counts of aggravated assault, felony evading, and theft over $10,000.

The victims were at a residence on Foxdale Dr. to purchase a lawnmower from a friend when a black truck, occupied by two people, pulled up next to them and someone inside opened fire, striking the vehicle multiple times. None of the three victims were injured.

The suspects were followed by the victims who were able to give 911 dispatchers a description and license plate number.

Officers located the suspect’s vehicle and attempted to initiate a traffic stop, but the driver refused to stop.

Another person, inside the vehicle where the shots were fired, has yet to be identified.