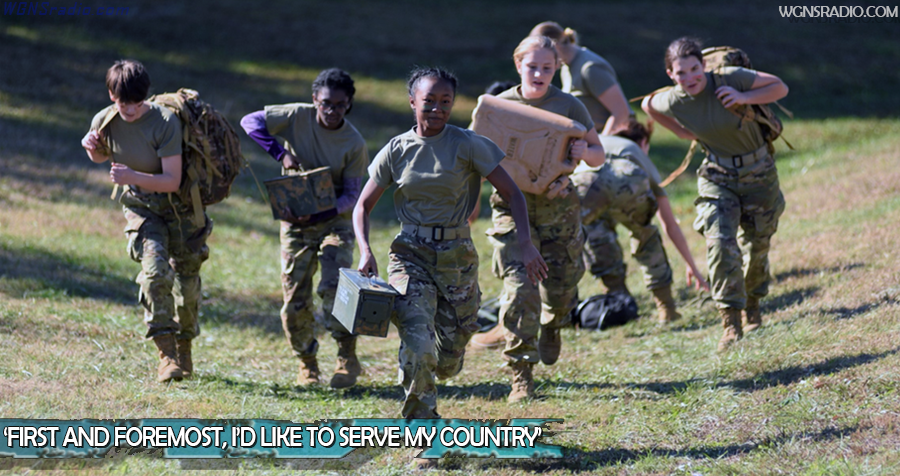 Lance Garcia was 10 years old when his father decided to enlist in the United States Air Force.

The Central Magnet senior’s grandfather did the same in the 1940s.

ADVERTISEMENT
“They’ve been a big influence on me choosing the Air Force over any other branch,” said Garcia, who is one of five Rutherford County graduates enrolling in a prestigious military academy.

Beane and Jenkins are graduating from Central.

Cargle is a senior at Blackman High School.

“For the past four years, my whole high school career, I’ve really been thinking about what I wanted to do, and I’ve been doing ROTC all four years,” said Cargle, who considered the Air Force Academy before choosing West Point.

Jenkins and Cargle were drawn to the prestige and legacy of West Point, which dates back to the Revolutionary War.

“I also thought it would make me into a better person,” said Cargle, who is hoping to attend medical school, “someone who could offer help to other people. (Someone) who uses their time in their life to dedicate themselves to something greater.”

“I wanted to join the military and then I started looking at service academies about sophomore year,” said Jenkins, who after serving his country would like to transfer to a government agency having to do with foreign relations.

Beane chose the Navy over the Air Force because she liked the idea that it involves land, air and sea. Not to mention, she was quick to point out the Naval Academy “is the No. 1 military academy in the world.”

Beane continued, “I’m not really sure what to expect when I get there. There’s no real way to prepare or to see what I’m going into.… I’ve never really done something like this before. Central has prepared me the best I could be prepared for the academics of it, but I’m definitely not sure what to expect for the physical aspects.”

Garcia also mentioned the engineering courses at Central set him up success when arrives in Colorado Springs, but, as much as he is interested in engineering, he will focus on the core curriculum for the first two years and is “definitely trying to keep all options on the table.”

All five see their upcoming experiences as an opportunity to serve their country, while discovering and developing the best versions of themselves.

“Part of the reason I looked at the academy was because of how much they push you to improve,” Garcia said. “At Central, we don’t even have a class rank and when I realized, at the (Air Force) Academy, a lot was going to be based off of rank, that’s another thing that motivated me. It gets me excited to have competition and have some of the best people to work with.

In addition to the five graduates headed to the academies, four graduates were presented with the ROTC Distinguished Leader Graduate Award at a recent Rutherford County School Board meeting.

Russell Rector, who is completing his first year as JROTC director for RCS, made the presentation.

Eligible cadets must complete four credit years of JROTC, at least 12 hours of service learning, no disciplinary infractions in the past three years, an overall GPA of 3.5 and 4.0 in JROTC studies, minimum of 22 on the ACT, rank of at least captain in the Corps of Cadets, participated in at least one extra-curricular team within JROTC (and be named team captain as a junior or senior), attend the JROTC Leadership Challenge Summer Camp, and receive the National Physical Fitness award in each of five events of Cadet Challenge during their senior year of high school.

“Once you start going up through the ranks, there are people around you (who) just support you,” said Cargle, who was a mentor for younger cadets, especially female cadets who felt empowered seeing her leadership as a battalion commander.

“It’s kind of sad to leave high school,” said Sanders, who comes from a military family. “I’m going to miss a lot of my friends, but, at the same time, I’m going to make a lot of new ones. And it’s another journey in life.”

His father and grandfather both served in the Air Force.

His oldest brother, Alex, 25, graduated from Oakland High and later the Naval Academy, while his middle brother Ben, 23, graduated from Virginia Tech last spring and was part of the Army ROTC program.

“First and foremost, I’d like to serve my country,” said Sanders, who credited his mother, Holly Sanders, with helping him navigate the application process and found himself watching Adm. William McRaven’s commencement speech — “if you want to change the world don’t ever, ever ring the bell” — from 2014 at the University of Texas for motivation.

McRaven may have served in the Navy, but Sanders said he watch the speech “every now and then.”

“I always wanted to be a pilot,” Sanders said. “I had an interest in that and after some initial research, I came to the conclusion that the Air Force has the best pilots. With that being the case, I wanted to go to the best school that would set me up to be the best pilot and that happened to be the United States Air Force Academy.

“I think that’s going to be the most difficult challenge in my life up to that point and it’s something I look forward to doing,” said Sanders, before concluding. “Everyone there goes through the same training. Everyone is in it together and they build a family … and that’s just a bond I look forward to forming with the other cadets.”