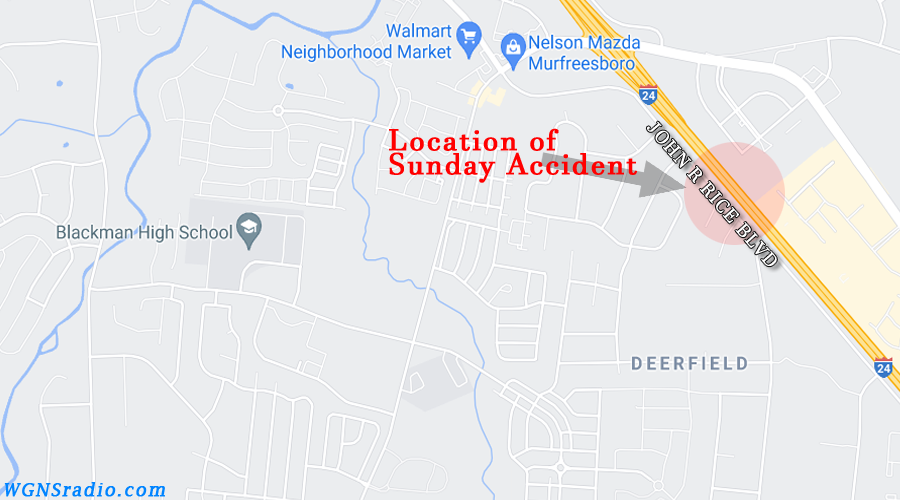 A mid-sized SUV traveling west on John R Rice Boulevard ran off the roadway this past Sunday and nearly onto I-24 East. Motorist driving on I-24 were likely startled to see the SUV overturn onto the dividing fence and tree line between the secondary road and the interstate.

Fire crews that arrived on the scene say it appeared as if the vehicle went off the edge of the pavement and rolled over, coming to rest up right in the tree line that borders John R. Rice Blvd.

ADVERTISEMENT
The driver was the only person in the vehicle and was out and walking around upon Murfreesboro Fire and Rescue Department arrival. The driver complained of only minor injuries, but was transported by Rutherford County EMS to the hospital.

Traffic on the interstate was not impacted.