Approved: MTSU Board of Trustees Gives Greenlight to a 1.78% Tuition Increase for 2021-22 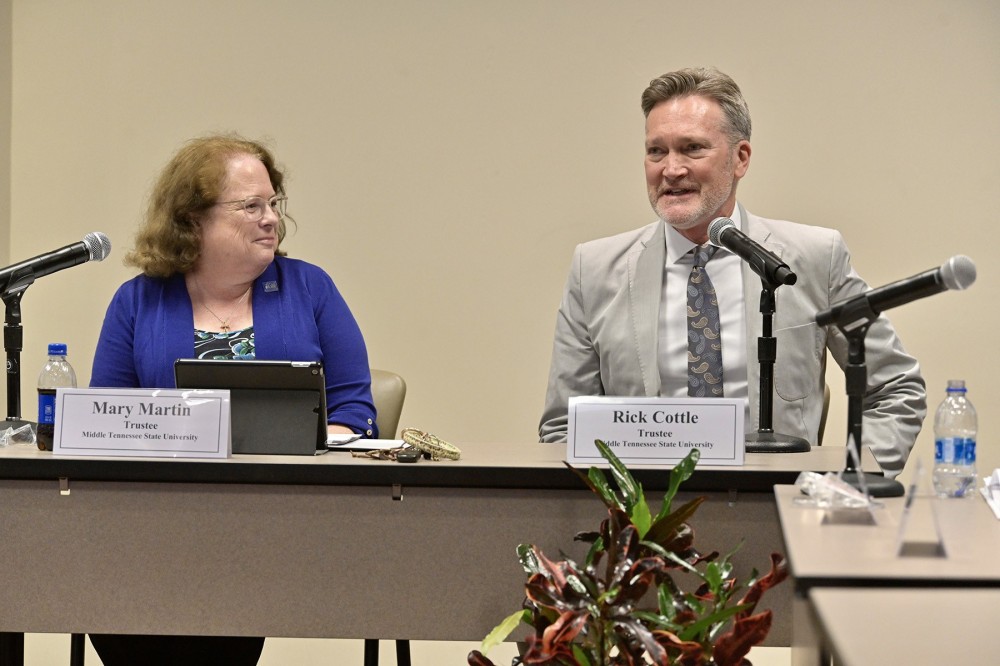 MURFREESBORO, Tenn. — Middle Tennessee State University’s Board of Trustees on Tuesday raised tuition and fees by 1.78% for the 2021-22 academic year — but still remains the lowest-priced among the state’s three largest universities.

The action translates to an extra $168, from $9,424 to $9,592 a year, for in-state undergraduates taking a full-time load of 15 credit hours per semester for fall and spring.

MTSU, which did not raise tuition in 2020-21 due to the pandemic, sought the increase to cover inflationary costs, as well as additional scholarships, new academic programs, technology upgrades, faculty promotions and student success initiatives.

“Even with the proposed fee increase, MTSU ranked as very affordable in comparison,” Jacobs said.

The new rate is below the 2% limit on undergraduate tuition and fee adjustments allowed by the Tennessee Higher Education Commission. MTSU’s tuition remains below both the University of Tennessee-Knoxville and the University of Memphis.

Meanwhile, Tennessee Department of Health Commissioner Dr. Lisa Piercey addressed trustees and thanked President Sidney A. McPhee for MTSU’s efforts during the pandemic and its work to return to normal campus operations in the fall.

“I want you to know how special of a team that you have,” Piercey said. “When we were going through this … there wasn’t a clear, right answer to hardly anything. It even became more important to have partners when we were managing this thing together. …

In other actions, trustees:

- Approved 22 faculty candidates recommended for tenure and 38 candidates for promotion;

- Approved a one-time bonus for employees equivalent to six months of a 2% salary increase or $500, whichever is greater, for regular full- and part-time employees as of Dec. 31, 2020. The state appropriated funding for the bonuses;