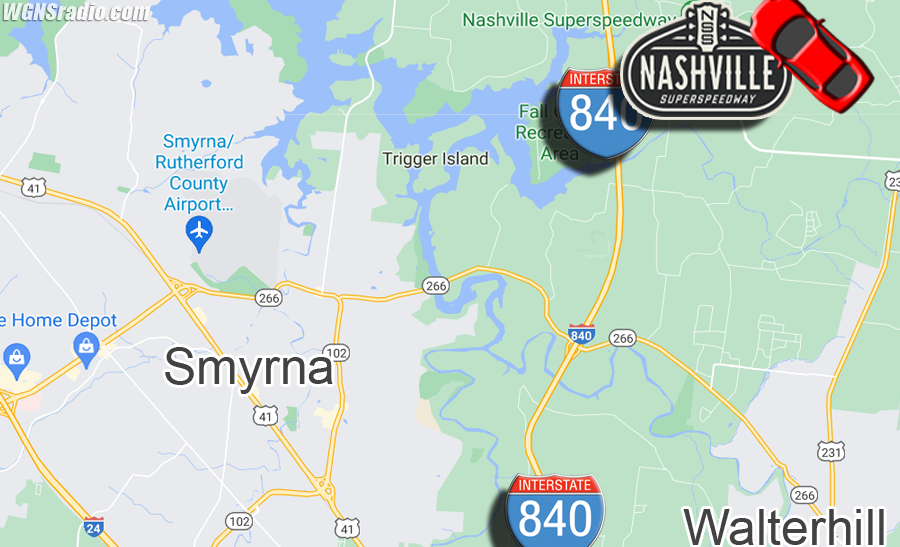 The grand re-opening of the Nashville Superspeedway will soon take place.

For the most part, the Superspeedway is located just over the Rutherford County line in neighboring Wilson County.

ADVERTISEMENT
You may recall that prior to 2001 when developers built the racetrack in Wilson County, their original focus was on locating the speedway in Rutherford County. However, a deal could not be approved for Dover Motorsports Inc. in Rutherford County because of complaints regarding the fear of the track generating too much noise for area residents in the rural country setting.

After much debate, Dover Motorsports moved forward with building the track and stands on 1,250 acres in Wilson County and using about 150-acres in Rutherford County for entrances and parking.

Today, the track sits directly between Interstate 840 and Highway 231. The track fell on hard times in 2011 and other than a handful of small events and it being rented out to Nissan to park their inventory, the track closed.

In June of 2020, plans were announced to bring the races back to the Nashville Superspeedway with NASCAR making a big debut in 2021.

Fast-forward to today, the track will re-open on Father’s Day Weekend and a tripleheader is just around the corner.

Thousands of fans are expected to fill hotels in Nashville, Smyrna, Murfreesboro and Lebanon for the NASCAR weekend June 18th through the 20th at the Nashville Superspeedway.

Lebanon, TN Mayor Rick Bell said in an email that the Wilson County Chamber of Commerce will host a tailgating party on Friday, June 18th at the speedway. The party will take place at 4PM, just before the Rackley Roofing 200 Camping World Truck Series Race.

WGNS was told that the “Ally 400” NASCAR Cup Series race on Sunday, June 20th is already sold out.

This will be the first NASCAR Cup Series to hit Middle Tennessee in 37-years. Reports indicate a four-year contract was signed and the upcoming events will generate a sizable amount of tax revenue for Wilson County and increased hotel stays for Rutherford County.

The NASCAR series will also shine a spotlight on Middle Tennessee and likely equal more commercial growth along I-840 in both Wilson and Rutherford Counties.