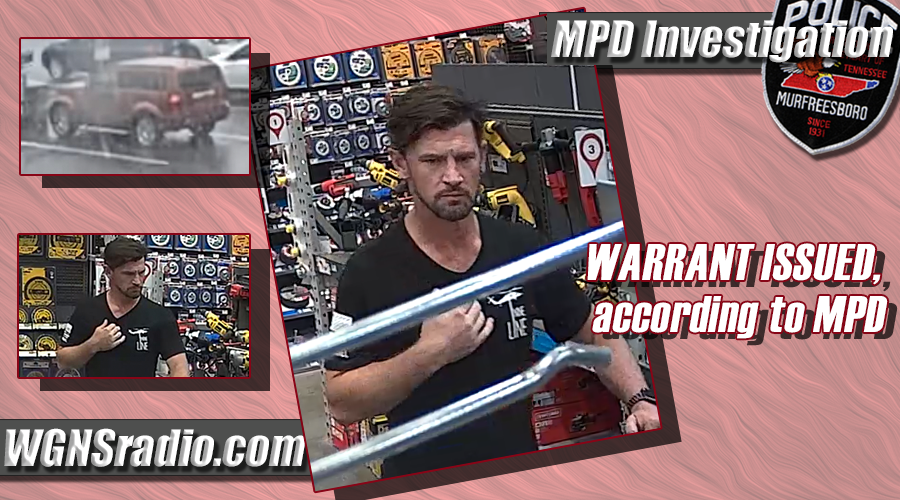 A community “Be on the lookout” that was released after a May shoplifting incident has been canceled.

Murfreesboro Police now believe they know the identity of a suspect who was accused of stealing from Lowe's on Old Fort Parkway.

Looking back at the May 28th details of the case, loss prevention workers claim the man purchased one item at checkout and left. The man was later seen on store surveillance footage returning to Lowe's.

On his return visit, he allegedly grabbed a rechargeable DeWalt brand radio and quickly exited the store without paying the $249 price tag.

The loss prevention worker approached the subject as he was leaving and took the radio from him. The man then made his way to his vehicle and left the parking lot in a copper-colored Dodge Nitro SUV that had no identifying license plate.

Authorities then released photos of the suspect to media and posted pictures of him on social media. Within a matter of days, police confirmed the identity of the suspect – now that warranty has to be served.

Public Information Officer Larry Flowers stated, “The detective received a tip with the man’s identification. He is preparing to take out a warrant for theft. Until a warrant is signed, officially charged and served, the man’s name will not be released."