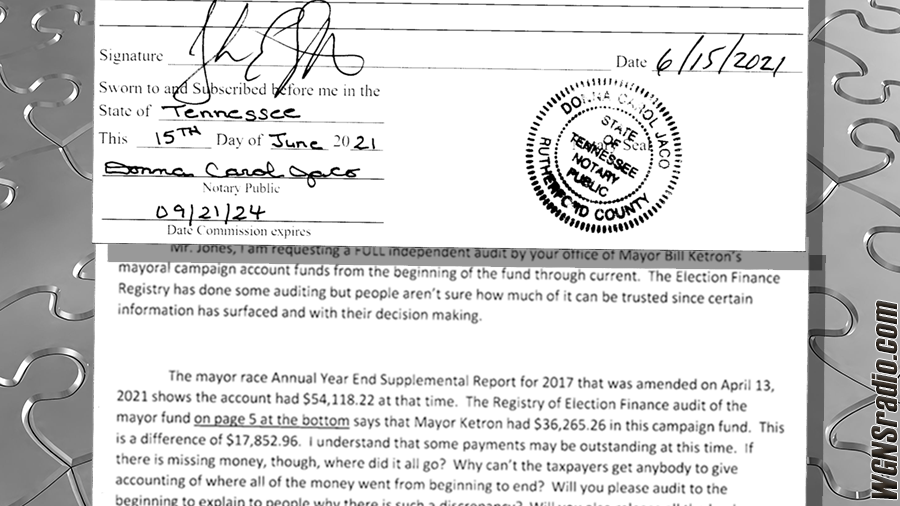 The complaint filed on Wednesday (06/15/21) by Liggett, asks for a full audit into County Mayor Ketron's campaign account from the start of the election process to today. The request was made to the attention of Rutherford County District Attorney Jennings Jones.

The request by Liggett notes a possible discrepancy of almost $18,000. However, the request also says that some payments surrounding the mayoral account may still be outstanding.

In the filing, Liggett questioned a payment to Capital One that totaled close to $3,500. Liggett asked, “Whose credit card was this?”

Another question in the filing focuses on a payment allegedly made out to UII for $14,500. Liggett asked if UII stood for “Universal International Insurance.” He asked in the complaint, “lf so, why would a candidate be paying his business this kind of money from a campaign fund?” The local resident then highlighted two more alleged payments to UII totaling a little more than $5,500. Liggett then asked for the bank records of the Mayor's personal business be released for inspection.

Furthermore, it was requested that all bank records surrounding the mayors campaign account be made available to the public.