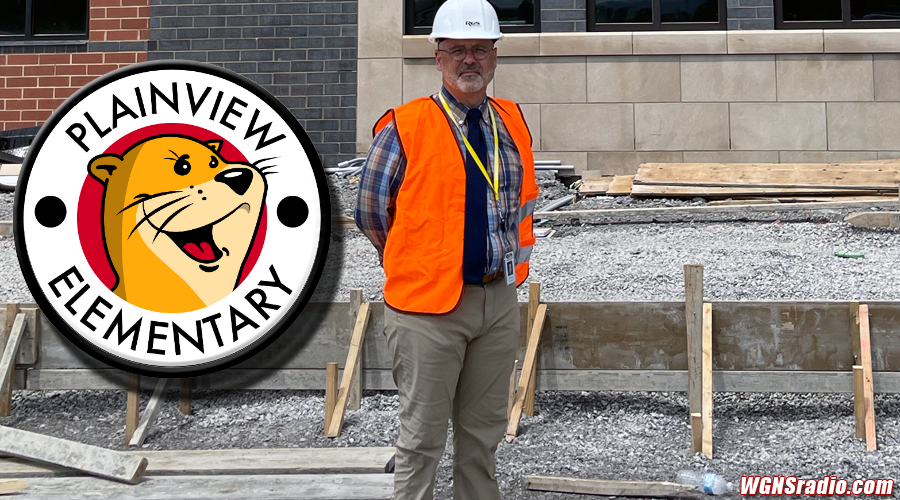 Click HERE for a Photo Tour of Plainview Elementary School

From the outside it has looked like the site of a future elementary school for quite some time.

Monday morning, Dr. Mark Gonyea emerged from his latest walk-through at Plainview Elementary School able to say it feels like a school.

“It’s gotten more and more real each and every day,” said Gonyea, who was named the school’s first principal back in February. “I guess it felt real the first time I got out there, but it keeps getting more and more like, ‘Oh my gosh, this school is actually going to open.’

“Today, going out there to see the doors on the wall. Going into the classrooms and seeing the flooring in the classrooms and to see the cabinets going in and stuff like that. Before it was a shell. The first time I walked through it, there were no walls up. It was all just aluminum settings in the foundation. So, each and every time it’s going to feel more real.”

The school will host a ribbon-cutting ceremony for the community Aug. 1.

The next day, Aug. 2, Gonyea and his administrators will be in the building with a full staff for the first time. They will have a two-hour day with students on Aug. 6 and the first full day of school is Aug. 9.

However, Gonyea and the administration will be moving from their temporary office space at the RCS Central Office out to the school on July 5, but deliveries will not start until the week of July 12.

Four months ago, July seemed like “a long time,” but today he admitted, “It feels like it’s not much time at all. Just to see things coming together little by little, it’s been neat.”

It was mentioned in the Monday meeting that somebody needs to contact the post office and, as Gonyea put it, “let them know that we’re going to be an entity they’re going to be serving.”

The daily list of tasks includes everything from opening a bank account on behalf of the school to ordering enough paperclips for every room in the building “and just little things that people take for granted,” Gonyea said. “We take care of all the nuts and bolts of what’s going on out there.”

For starters, they met with safety experts to map out an evacuation plan in the event of a tornado or a fire or any other unplanned emergencies.

Gonyea and his team have been prepping for and coordinating the delivery of furniture, which cannot be moved into the building until after a walkthrough with the fire marshals, and then there is the library.

Before leaving on a recent vacation, Gonyea received a call from his librarian letting him know she was informed the library books would not be arriving until Aug. 1.

“That can’t work because Aug. 1 is the day of the ribbon cutting and also, that’s a Sunday,” Gonyea said, “and they promised them the week before.”

He worked with Ann Haley, the elementary school coordinator for Rutherford County Schools, and Marcie Leeman, the lead media specialist for the district, to arrange for the delivery of a partial order on time.

It was a reminder for Gonyea to anticipate the unexpected.

“I just need to be flexible and ready to move with whatever comes our way,” said Gonyea, who added, “I used to coach wrestling and so I would have my whole game plan laid out, but I would always have multiple plans in place just in case.

“I may have the best laid plans drawn out but always have alternate plans. If you don’t, I think that’s where panic comes in. If you can be flexible and you can say, ‘OK, I can’t make this work the way I originally wanted it, but what can we do to make sure that we get the best out of what we can get in the current situation?’”

The flexibility he spoke about is a common trait among the educators he tends to hire.

Gonyea has hired more than 50 people in the past six or seven weeks.

As much as he has enjoyed overseeing all the details that have gone into building a new school from the ground up—evident to all those who follow his “otterly” exciting social media posts—nothing compares to assembling the school’s inaugural faculty and building a relationship among everyone.

“Everything we do is driven by putting students first,” Gonyea said.

“I’ve been actively having an open line of communication with parents,” he continued, “keeping them updated on the status of the school.”

He’s created a social account on Twitter and some parents have already created a Facebook community for Plainview Elementary, where Gonyea has posted to their forum.

Plainview will host a trio of meet-and-greet nights prior to the first day of school. 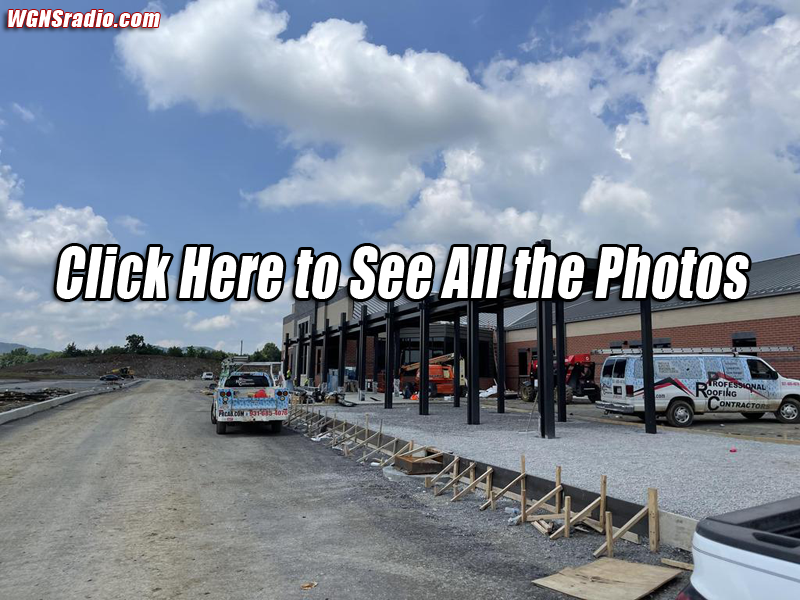 Along the way, Gonyea has sought the advice of Dr. Clark Harrell, Steve Luker and Scott Bolden. All three have opened brand new schools. Harrell and Luker have opened new high schools, while Bolden opened an elementary school.

Bolden told Gonyea his music room originally had a tile floor and later incurred the additional expense of laying carpet.

“So, I immediately checked on that,” said Gonyea, who had always sworn he would not become an administrator.

“It’s a passion. It really is. I enjoy coming in every day. Even on my worst days, I still look at it and I go, ‘Oh my gosh, I can’t believe I get paid to come here.’”