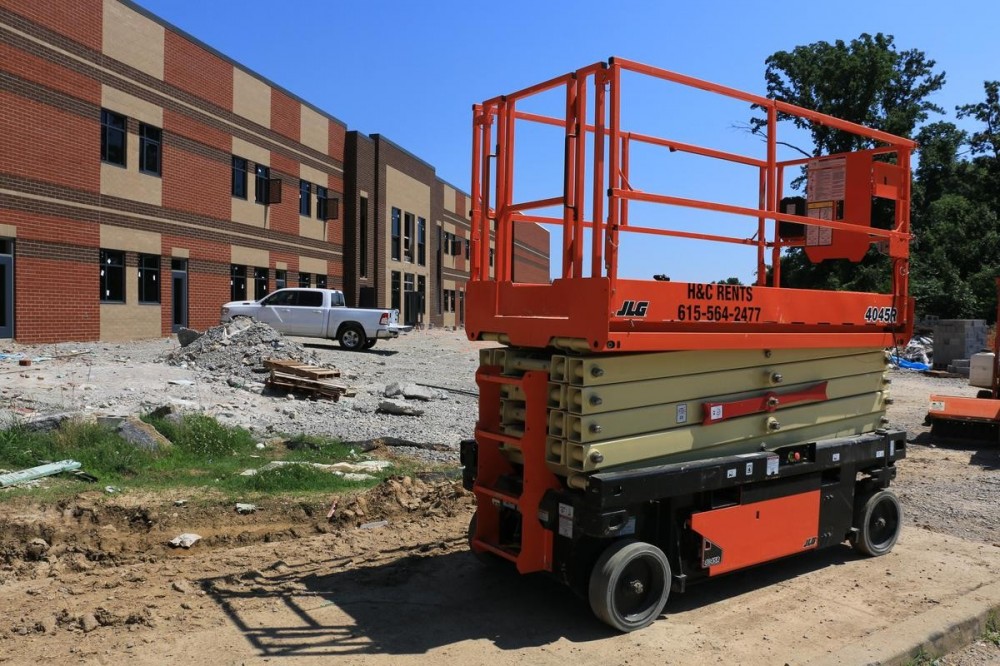 Students, educators and parents alike have watched with great anticipation as a construction crew of nearly 150 have worked on building a 56,000 square-foot annex to the right of LaVergne Middle School’s main building.

When construction, which began back in mid-August 2020, is completed, the 26 new classrooms will be used to house the entire seventh grade and several elective courses. The ESL and intervention classes that have been held in portables will move inside and occupy the classrooms left vacant by the seventh grade move to the new annex.

“The joy is teachers that have been occupying smaller classes will have the opportunity to have a full-size classroom rather than having to go into smaller areas to meet with students,” said Dr. Cary Holman, principal at LaVergne Middle.

Construction of the annex included a main hallway connecting it with original building.

In addition to the annex featuring luxury vinyl tile throughout the classrooms and hallways, the same LVT flooring has been installed in the main halls throughout the original building.

“It’s as though it’s always been here,” Holman said of the hallway connecting the two buildings, “so … they are going to walk into something new that transitions nicely with the new floors.”

As crews get closer to finishing the project, a lot has been taking place at LaVergne Middle.

Earlier this week, parents were meeting in the auditorium and teachers were in the library, while students were taking part in summer learning and a Title I camp in the main school. All while construction continued.

“We had no issues,” Holman said of the busy schedule.

“You have to keep their everyday life running the same,” said Bryan Yarbrough, project manager for Rutherford County Schools, “which this year has not been too bad because of the way this is laid out.”

As a show of appreciation, in May, Holman and the students served all the workers breakfast along with coffee, juice and water in a tent they set up in front of the school, according to Yarbrough, who does not recall that ever happening in the past.

“It’s a great appreciation to our Director of Schools as well as the board members and the county commission for seeing the need for the LaVergne community,” Holman concluded. “It’s well, well past due that we’ve had the growth that we’ve had in this area and … it continues to grow.”