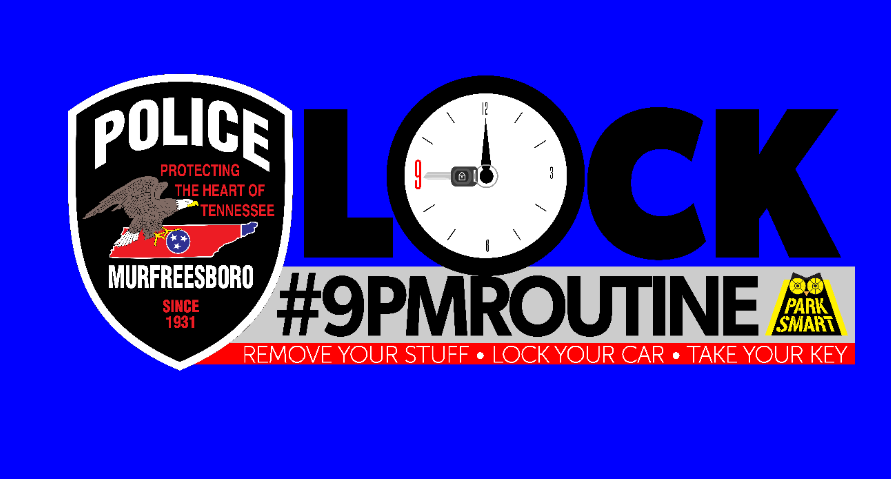 MURFREESBORO, Tenn. – Drivers leaving keys and key fobs in their vehicles, and not locking the doors has led to an increase of auto thefts in Murfreesboro, according to detectives. In several cases, weapons were stolen.

So far, about 57 vehicles have been stolen within the city limits of Murfreesboro from April 1 to June 18. Nineteen vehicles were stolen by a stranger.

Vehicles with push-start buttons that can be activated if the key fob is inside or near contributed to several of the auto thefts.

“A lot of these vehicles get stolen because people make it easy,” said Criminal Investigations Division Detective Sergeant Tommy Massey. “With the key fob left inside, all a criminal has to do is push start, put the vehicle in gear, and hit the gas.”

During the same time, 21 firearms were stolen from vehicles.

- 11 of 21 vehicles were left unlocked, six drivers were unsure if they locked their doors or not.

- In three of 21 motor vehicle thefts, the doors were unlocked, and the keys were left in the vehicle, along with a firearm.

“Often, the persons stealing these unsecured firearms will use them in other crimes,” Massey said. “No responsible gun owner wants their weapon used to commit a crime. So, the smart thing to do is to remove your firearms from your vehicle.”

As a reminder, Tennessee Code 39-17-1313 requires “[the firearm] is kept from ordinary observation and locked within the trunk, glove box, or interior of the person’s vehicle or a container securely affixed to such motor vehicle if the permit holder is not in the motor vehicle.”

There has also been a 39-percent increase in thefts from motor vehicles (TFMV) in Murfreesboro.

- In 52 of 134 TFMV, the victims admitted to leaving their vehicle unlocked.

Drivers are encouraged to Park Smart.

The city’s Park Smart PSA can be viewed here:  https://youtu.be/FnZ3g4NcKK8.

Residents should also be reminded to practice the #9PMROUTINE.  At 9 p.m., or before you go to bed, make sure the doors to your vehicles are locked and your valuables removed.