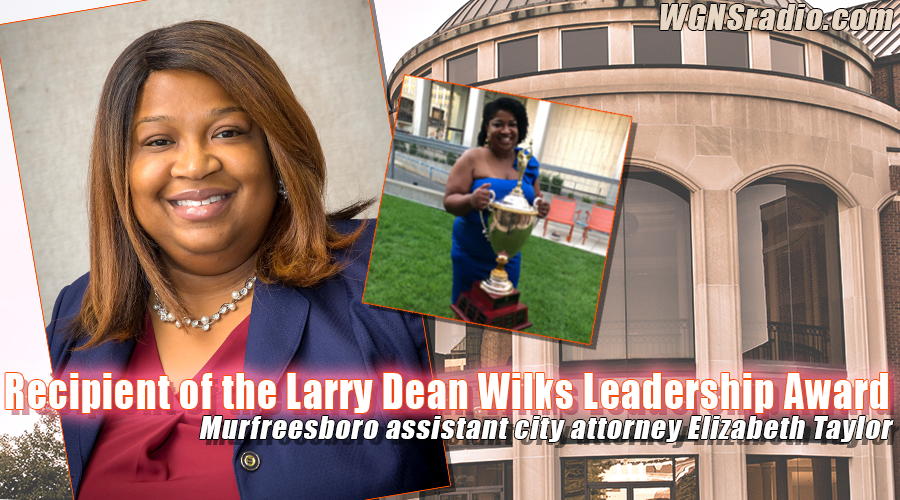 All 33 members of the leadership training program met for one final session last week during the TBA’s Annual Convention in Memphis. There, Taylor was presented with the award during the group’s graduation ceremony on Friday. The award is named for former TBA president Larry D. Wilks and recognizes a TBALL class member who exhibits exceptional leadership qualities.

ADVERTISEMENT
Taylor's workload consists of dividing her time between the Murfreesboro City Hall and the City School System, where she works as their dedicated attorney.

Prior to be hired by the city in 2018, she worked for the State Board of Education. Taylor also served as Staff Attorney and Director of the Office of Civil Rights for the State Department of Education, investigating Title VI and Title IX civil rights complaints.