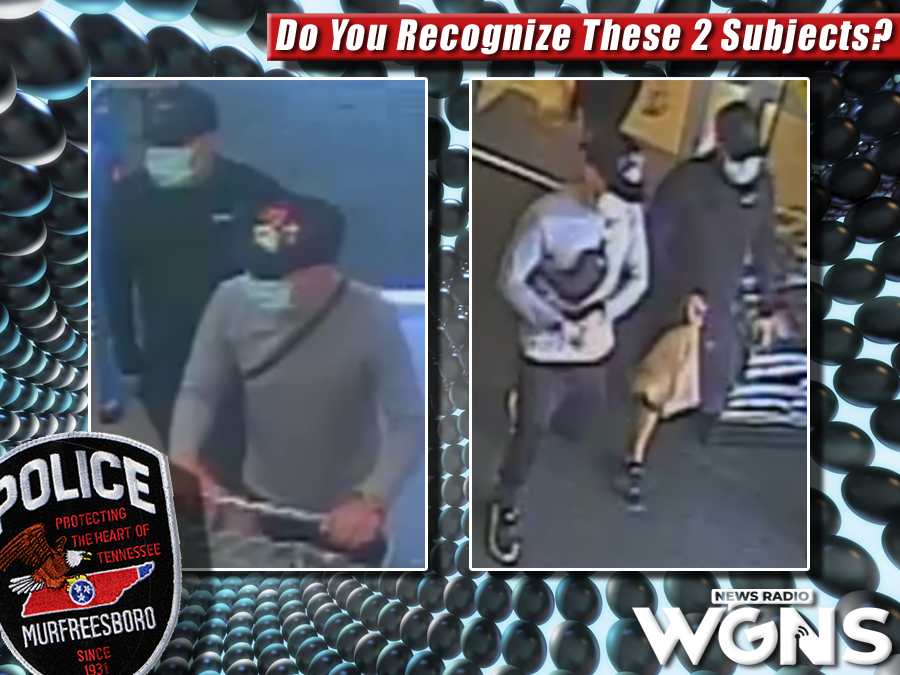 The owner of an unlocked minivan fell victim to theft, which lead to a case of credit card fraud in Murfreesboro. Now, local detectives are trying to track down the two subjects who took the bank cards and $80 in cash out of the van.

Evidently, the minivan was parked at Barfield Park on June 19th when the thieves helped themselves to four of the victims check / credit cards that were left inside the vehicle.  With the plastic cards in hand, the duo made their way to the nearby Kroger Store on South Church Street. There, they spent a little more than $500.

ADVERTISEMENT
The penalties for not only stealing, but using someone else’s credit card are nothing short of stiff.

Murfreesboro Police are asking local residents if they recognize the two men who were captured on camera entering and leaving Kroger’s. If you have any information about the two individuals (pictured above), please contact MPD Detective Ray Daniel at 629-201-5512 or email your tips to crimetips@murfreesborotn.gov.
Tags: ATM card Barfield Park credit card debit card Murfreesboro news police theft vehicle wanted
Sections: News