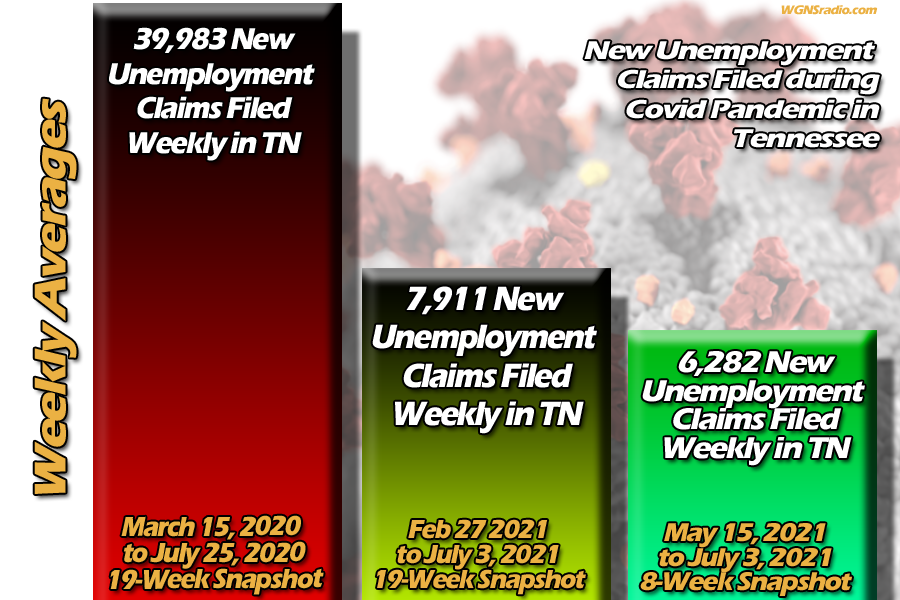 As COVID-19 numbers continue to dwindle across the country, so do the numbers of newly filed unemployment claims.

One year later, the number of Rutherford County residents receiving unemployment pay hit 2,256 for the week ending on July 3rd (2021).