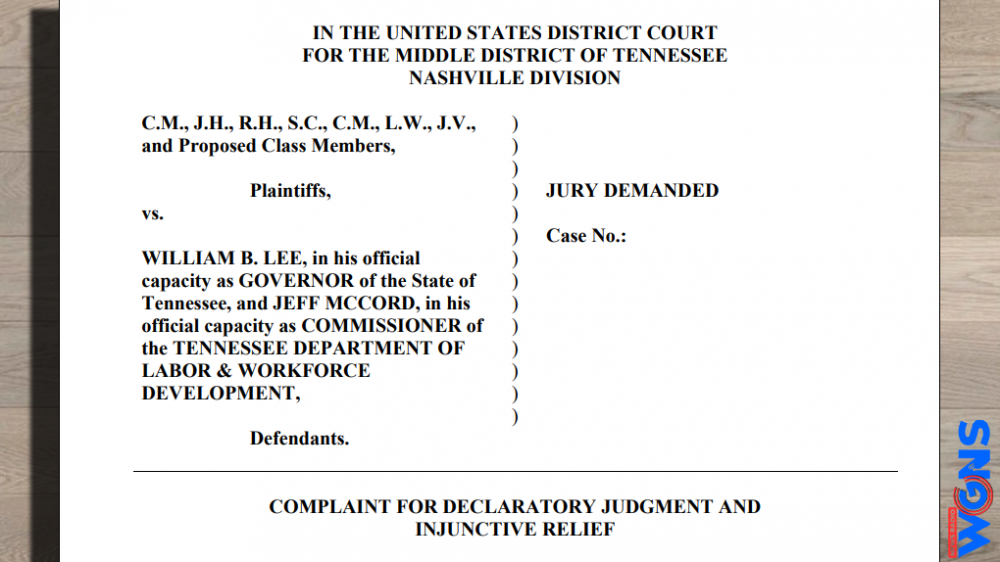 Scroll down to download or read the entire lawsuit.

Governor Bill Lee and Tennessee Labor Commissioner Jeff McCord are being sued over the decision to pull out of federal unemployment benefit programs for Tennesseans.

Seven Tennesseans said this week that they struggle to survive, even with the unemployment funds while they look for work.

ADVERTISEMENT
Gov. Lee announced the withdraw from unemployment programs in May and that the state would opt out of funds that pay unemployed Tennesseans an additional $300 per week, as wall as an additional $100 weekly in benefits for mixed earners.

In the suit, the unemployed individuals say that they have submitted many applications to jobs, most without receiving any responses.

They have asked the court to instruct Governor Lee to reverse his earlier decision and re-enter the pandemic unemployment programs.

According to the suit, "On May 11, 2021, Governor Lee announced the end of all federally funded pandemic unemployment compensation programs in Tennessee, effective July 3, 2021."

The suit stated, "The number of persons whose rights have been deprived by Defendants are too numerous to join in this case."

The lawsuit highlighted Gov. Lee talking about jobs available in Tennessee, the same day he announced Tennessee pulling out of the federal unemployment benefit program, "In a press release issued the same date, Governor Lee stated: “We will no longer participate in federal pandemic unemployment programs because Tennesseans have access to more than 250,000 jobs in our state. Families, businesses and our economy thrive when we focus on meaningful employment and move on from short-term, federal fixes.”

You can read the full lawsuit in this PDF, CLICK HERE.