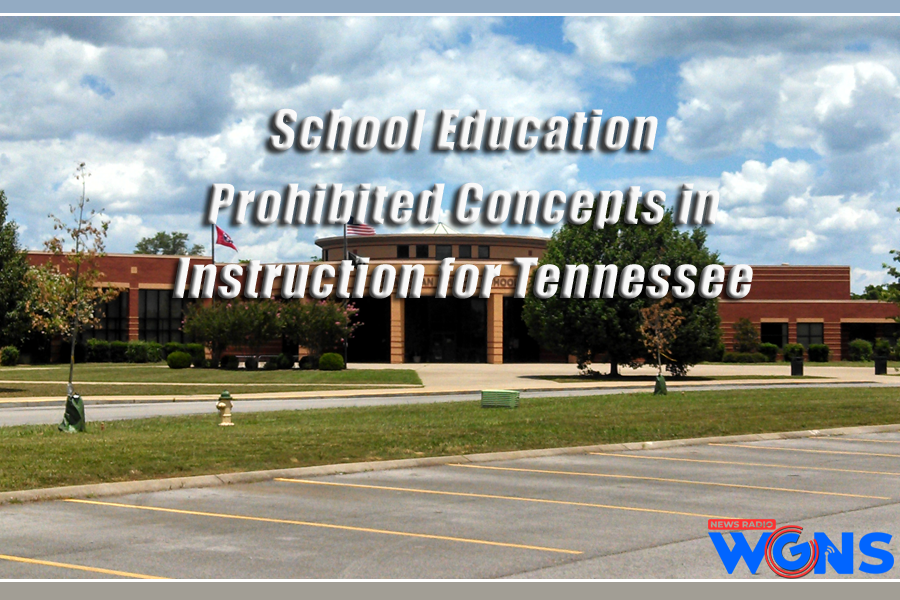 Schools in Tennessee have new rules to follow when it comes to a number of issues, but one item that has stood out in recent weeks revolves around a number of subjects that are not allowed in Tennessee classrooms.

The Department of Education’s “Prohibited Concepts in Instruction” list actually names certain topics that are to be off limits for teachers.

ADVERTISEMENT
Some of the off-limit topics include the subject of race and sex, which states that educators can not teach that one race or sex is superior to another. Another off-limit subject states that a teacher cannot promote or advocate the violent overthrowing of the U.S. government.

Teachers cannot tell students that Americans are not created equal and are not endowed by their Creator with certain unalienable rights, including life, liberty and the pursuit of happiness.

JC Bowman, Executive Director of the Professional Educators of Tennessee, released his opinion on the proposed rule for Prohibited Concepts in Instruction. Bowman stated, “On the surface, it looks like a very deliberative process. We think enforcement could be challenging. The key will be at the local level, and stakeholder groups working to ensure our educators understand this new law. We plan to solicit educator input and give that input to policymakers. Ultimately, people on both sides of this debate want students to become good citizens, who are able of safeguarding our democracy and stewarding our nation toward a greater understanding of our shared American values.”

While some of the topics maybe common sense to avoid, the same topics may prove to be necessary to teach when highlighting history and things that happened during different historical times. Therefore, the schools are told to choose carefully which textbooks and instructional materials are used in the classrooms.

From the Tennessee Department of Education (PROHIBITED CONCEPTS):

(1) The following concepts are prohibited concepts that shall not be included or promoted in a course of instruction, curriculum, instructional program, or in supplemental instructional materials:

e. An individual, by virtue of the individual’s race or sex, bears responsibility for actions committed in the past by other members of the same race or sex;

f. An individual should feel discomfort, guilt, anguish, or another form of psychological distress solely because of the individual’s race or sex;

g. A meritocracy is inherently racist or sexist, or designed by a particular race or sex to oppress members of another race or sex;

h. This state or the United States is fundamentally or irredeemably racist or sexist;

i. Promoting or advocating the violent overthrow of the United States government; 2

k. Ascribing character traits, values, moral or ethical codes, privileges, or beliefs to a race or sex, or to an individual because of the individual’s race or sex;

l. The rule of law does not exist, but instead is series of power relationships and struggles among racial or other groups;

m. All Americans are not created equal and are not endowed by their Creator with certain unalienable rights, including, life, liberty, and the pursuit of happiness; or

n. Governments should deny to any person within the government’s jurisdiction the equal protection of the law

The concern today from many is, will teachers be able to properly follow the guidelines while teaching history? Philosopher George Santayana stated, "Those who cannot remember the past are condemned to repeat it." While repeating history in a number of sensitive, yet historical events is not likely, lessons learned from history can indeed shine light on specific events to give insight to future leaders that are in the classroom today.

Download and read the entire document that was released by the State of Tennessee Department of Education HERE.