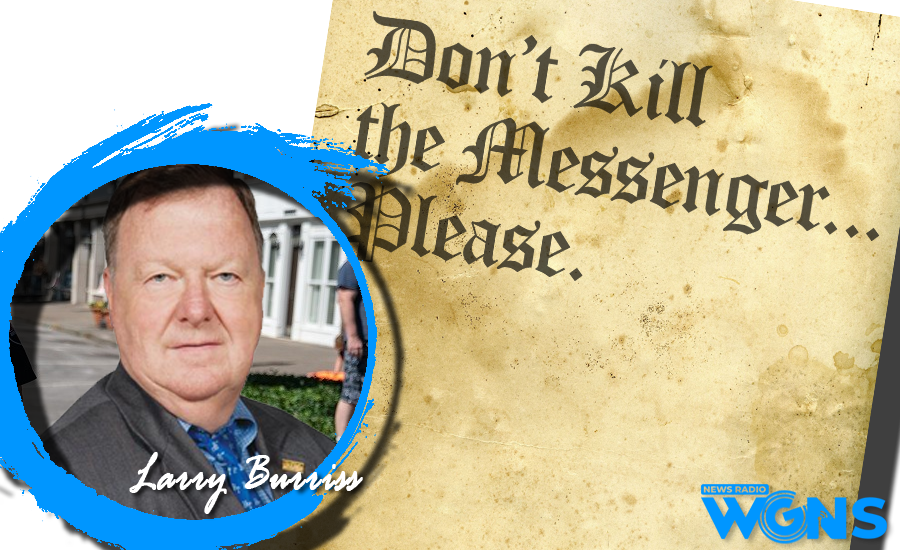 Verbatim of Audio: "In several ancient kingdoms, leaders had a way of dealing with the bearer of bad news. If the royal messenger brought news of a loss in battle, or news a subject state was rebelling, the king simply killed the messenger, as if somehow that would improve the situation.

Needless to say, the job market for royal messengers involved a lot of turnover.

So, why do the news media bring us all that bad news? Why can’t they give us any good news?

Would you read a story that said, "Several hundred students in area high schools were not arrested for murder today. Here is a list of their names."

Or how about, "Several thousand cars in Rutherford County were not involved in accidents yesterday. Here is a list of their license plate numbers."

Or, "No one was burned to death in their trailer last night. Fire officials say they hope the trend will continue.''

The problem is, just what is the "good news" people want. If they are looking for news that is uplifting and moral, I wonder who will decide what is good and uplifting for society.

They do that kind of thing a lot in dictatorships. The state decides what news is good for the people to see, read and hear. Somehow, I don't think we really want that kind of news.

Occasionally, we do see the publication of “good news" newspapers and magazines. And they haven't lasted more than a few issues.

People seem to want to know the bad news.

And problems don’t go away if you ignore them. They only get worse. If you don't like all of the bad news, then do something about it. Work to solve the problem.

But killing the messenger won’t do any good. It will just make you ignorant of what is going on.

And that is a real tragedy.