A particularly unfortunate execution occurred in 1837. The details of the crime are unknown except that a slave, or perhaps a former slave, named Charles Maney, was executed for rape of a white woman. According to Goodspeed’s History of Rutherford County (1886): “The evidence was wholly circumstantial but seemed pretty clear. Based on this circumstantial evidence he was tried, convicted and executed.

There was a strong suspicion at the time that he was not the guilty party. A few years later an African American man in Mississippi was convicted of a similar crime. This man fessed up to the crime in

ADVERTISEMENT
Murfreesboro for which Charles was hanged.

By 1838, the Tennessee General Assembly authorized Tennessee judges to consider ‘mitigating circumstances’ and give life sentences in lieu of the death penalty in first degree murder cases. In this

respect, Tennessee was far more lenient than other southern states.

Believe it or not, executions in Rutherford County were relatively rare till the American Civil War.

convicted of desertion thus were executed by firing squad. And one civilian was hanged for spying.

According to eyewitness accounts, the executions were conducted separately, each man arriving on a wagon followed by a hearse. Each was allowed to shake hands and say good-bye to friends. Each was then blindfolded; some kneeling in prayer as they faced the firing squad.

The first Federal execution in Rutherford County involved “desertion under fire during the Battle of Stones River.” Private James Welch, was court-martialed on March 11 and shot on April 4, 1863, at
Fortress Rosecrans, which is also known as ‘Old Fort Park’ in Murfreesboro.

The occupying Federal army also dealt with civilian crime. Three Rutherford Countians were charged with the torture and murder of a local farmer. The trio believed that the farmer kept a substantial sum of money at his home. Frustrated by their inability to find the money, they mutilated and eventually killed the farmer while his daughter and house servant watched.

Tried before a military commission, each of the trio blamed the other two.

The gallows was in an open field near the Federal soldier’s encampment approximately one half mile west of Murfreesboro, near

the present day Old Fort Golf Course. The first condemned man was driven from prison through town on June 4, 1863, “followed by an immense concourse of citizens and soldiers.” There were at least ten thousand spectators crowded around the gallows. The victim’s daughter placed the noose around the neck of the condemned.

The other two condemned men were hanged together on the same gallows on June 18. Five thousand soldiers witnessed these executions.

The only other Rutherford execution recorded during the War years happened in the eastern part of Rutherford County. A Federal soldier claimed that he had NOT deserted the 4th Indiana Artillery; he just left momentarily “to get some eggs.” The fact that he had shed his uniform and was wearing farm clothes did not support his explanation…

A member of the 1st Kentucky Infantry (US) deserted but later joined the 4th Ohio Infantry. When recognized and confronted, “he resisted with great violence and escaped.” Recaptured, he was court-
martialed and ordered shot at the Union camp on Cripple Creek on June 23, 1863. 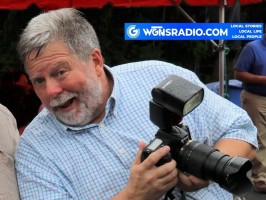 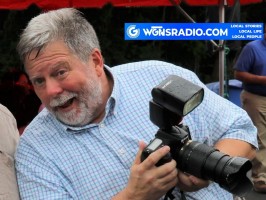