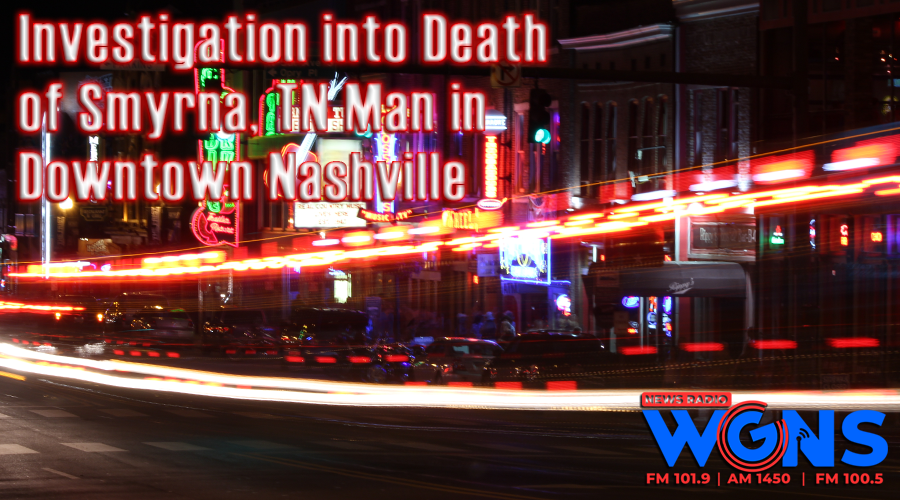 A Smyrna, Tennessee died in downtown Nashville August 16, 2021, after a bar altercation on Broadway.

Metro Police Homicide Unit detectives continue to investigate the circumstances surrounding Monday night’s death of 22-year-old Dallas Jordan Barrett of Smyrna, who was involved in an altercation with security staff on the roof area of Whiskey Row bar at 400 Broadway.

ADVERTISEMENT
Barrett’s death is unclassified at present pending an autopsy.

MNPD officers responded to the top floor of the bar pursuant to a 10:56 p.m. 911 call concerning a fight. The initial responding officers found Barrett on the floor unresponsive and began CPR until they were relieved by Nashville Fire Department personnel. Barrett was transported to Vanderbilt University Medical Center where he was pronounced dead.

Detectives were told by staff at the bar that Barrett became unruly and was asked to leave. They said that he began to fight with security staff, who reportedly pulled him to the ground and held him on the floor. Barrett reportedly became unresponsive while being held on the ground by security.

Detectives have been able to view one cell phone video of the incident, but are asking other persons who may have recorded video of the altercation on the upper floor/roof area of Whiskey Row Monday night to please contact the MNPD at 615-862-7019.

Investigative findings will be staffed with the District Attorney’s Office.