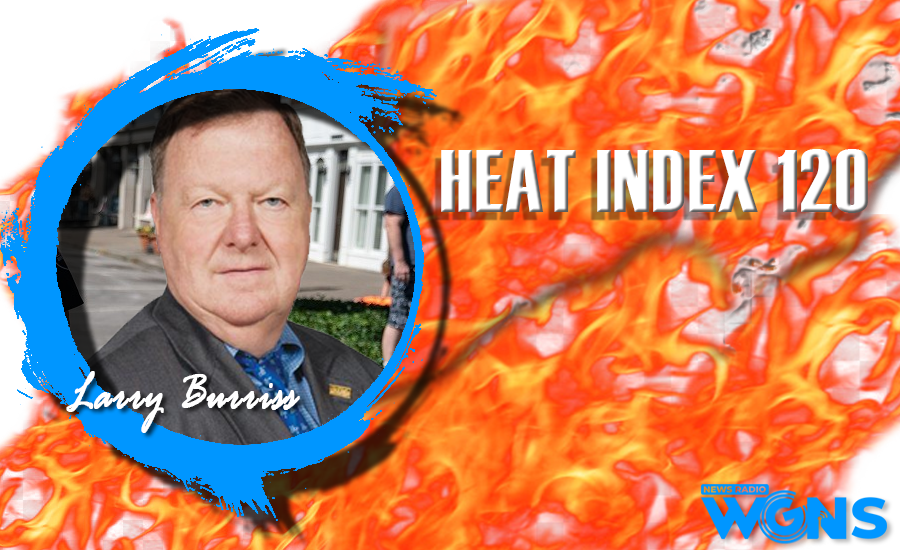 The Heat Index... What on earth? With more, here is MTSU Professor Larry Burriss...

Verbatim: OK, enough is enough.  It's time to call a halt, and stop messing around.  It's time for weather forecasters to leave mother nature alone, and dump the so-called "heat index."

Last week, when it was getting up to 98 degrees and the relative humidity was 98 percent, I knew it was hot. I didn't need "staff meteorologist Hannah Humidity" adding to my suffering by telling me the heat index is really 110.

Back in the old days, if it was really hot, the weather forecaster might tell us it was hot enough to fry an egg on the sidewalk.  Now that was useful information.  You knew that if you were running around bare footed, you better keep your feet off the pavement.

But none of that is good enough for our blow-dried, computer enhanced weather forecasters today.  Oh no.  Now we even have an index to tell us how sunny it really is.  But I know how sunny it is. I open the blinds and I can see it's bright outside.  Or cloudy.  Or rainy.

And don't forget something called the "misery index."  It's sort of like the heat index but with the wind somehow figured in.

Listen, when I go outside and my shirt is immediately soaked with sweat, I know it's miserable.  When I open my front door, and it feels like I just opened an oven, I know the conditions are deplorable.  When I run my car's air conditioner at full blast, and it still feels like the inside of a sauna, I don't need some guy standing in front of a radar screen reminding me, "It's not the heat, it's the humidity."

No, let the media folks use their awesome powers of persuasion to convince me that it's really comfortable outside, that it's a nice day, and that I don't need to worry about heat stroke if I just step outside my house.

Cold is cold, hot is hot, and enough is enough.  Let's just get back to weather basics, and forget all this other stuff.