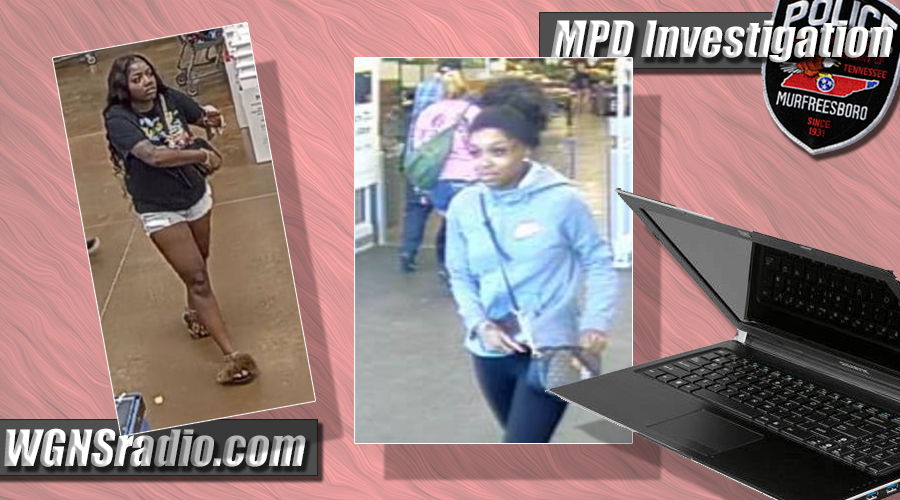 Murfreesboro Detectives need help identifying two women who were believed to be involved in a recent crime that equaled almost $10,000.

According to MPD Public Information Officer Larry Flowers, the duo were accused of fraudulently purchasing $9,627 worth of computer laptops. Evidently, the women bought the electronics from the Walmart store on Old Fort Parkway with a stolen debit/credit card on June 23rd.

The women also duped a new Walmart employee into giving them $200 cash back. The employee was not aware of their criminal intentions.

Later, the two women returned the laptops for a cash refund at Walmart store in Georgia.

If you can help police identify these women, contact MPD Detective Chris Pitts at 629-201-5508 or email tips to crimetips@murfreesborotn.gov.