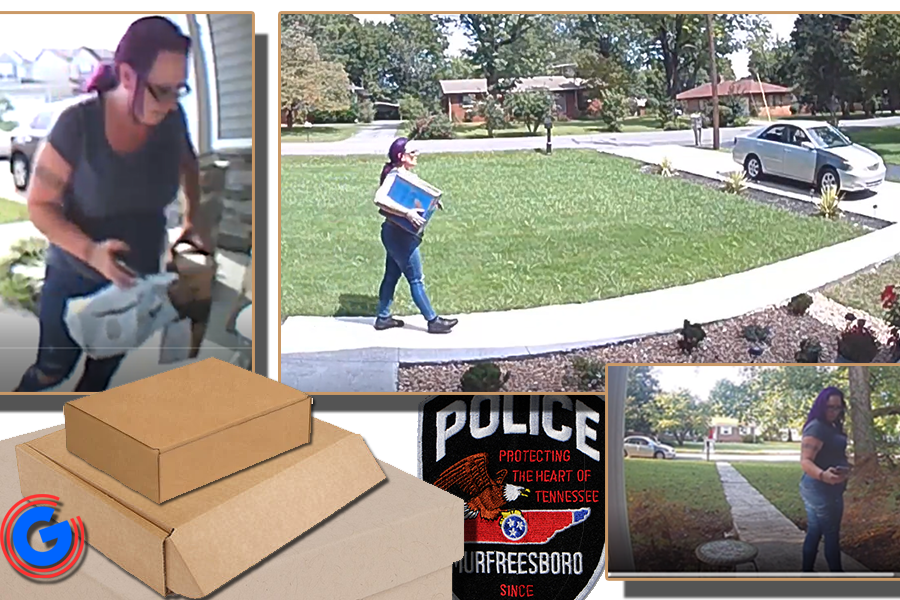 A purple haired woman labeled as a porch pirate by police has now been identified.

Murfreesboro Detectives will obtain a warrant for the arrest of the woman who was caught on home surveillance cameras allegedly stealing packages left by deliverymen on the doorsteps of area homes.

ADVERTISEMENT
So far, the female is accused of stealing packages from three different homes on September 3rd. The targeted homes were on Hanover Street, Sawyer Drive and Golden Sun Court.

MPD Public Information Officer Larry Flowers told WGNS NEWS, “She will pretend to deliver a package, pretend to scan the item with her phone, and then leave an empty box.”

On the day of the thefts, the female was believed to have been driving a silver car with a black front fender on the passenger side.

Scroll down to learn how you can help police.

If you can help MPD Detectives with more information about thefts like the one above, contact Detective Ed Gorham at 629-201-5507, or email your tips to crimetips@murfreesborotn.gov.