Rockvale Area Growing in Leaps and Bounds - School Addition a Must 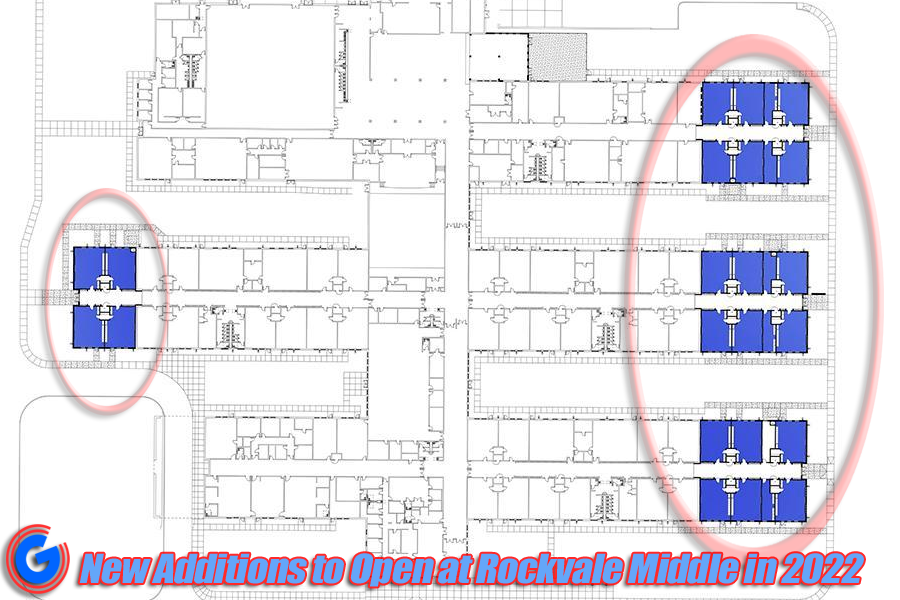 Parents may be wondering about all the activity happening on the three Rockvale school campuses.

Multiple projects are in motion as the school district prepares to add classrooms at the middle and elementary schools.

“I just want parents to know we’re working hard to provide space and opportunities for our students to learn,” School Board Vice Chair Tiffany Johnson said. “We've got great programs, but the growth out in this area, it’s growing so quickly we don’t have enough classrooms to keep up with it.”

Parents have obviously noticed the movement of portable classrooms on the campuses.

The portables that were previously at Rockvale Elementary School have been moved to Rockvale High School because of the rapid growth of its student population. The high school now boasts more than 2,500 students.

At the middle school, the portables have been moved from one side of the building to the other to make room for the new classrooms that will soon be under construction.

She emphasized: “I want families to know that those portables are temporary.”


The School Board has already approved construction bids for the additions at the elementary and middle schools, and the final funding approval for those projects is headed through the County Commission’s process.

At the middle school, the school district is adding 22 classrooms and expanding the cafeteria, said Trey Lee, assistant superintendent for Engineering and Construction with RCS.

The elementary school will see a two-story addition that includes 25 new classrooms and expanded serving lines for the cafeteria.

The portable classrooms that have been moved will also soon be painted to improve their appearance, Lee said.

“We’re starting with the high school portables and then we will complete the ones at the middle school.”

Crews have been working during the summer to move and install the portables, which includes connecting utilities and building entry ramps.  The portables are taking additional time to setup because there was only one company that bid on the project, and there were several that needed to be moved this year, Lee said.

“(Ideally), we’d like to get them all up and running before school starting,” Lee said earlier this week, “but I don’t know that there’s enough trailer-moving companies — when you’re trying to do the number we are doing this year — to accommodate us.”

To address some of the overcrowding at the high school, the school district is studying a rezoning option to phase students at Christiana into Riverdale High School, Director of Schools Bill Spurlock said.

“We’re going to start with the ones who are currently eighth-graders at Christiana Middle now, but we have to be very careful with that (because) we are sitting at 2,000 at Riverdale,” Spurlock said.

Finding space to move high school students is a much larger issue, Spurlock added, explaining that nearly all RCS high schools have 2,000 or more students.

No rezoning plans have been finalized and the district will likely discuss it further — and keep parents informed — in the fall.

The school district ended last school year with 46,886 students but already has more than 48,000 students enrolled for the new school year. The enrollment figure will continue to flux over the next couple of weeks as schools remove duplicate enrollments and complete new registrations.

The School Board has also discussed examining and adjusting its five-year building plan to create additional space for high school students. Those plans will be revisited soon.

Johnson said she has been impressed with the educators at Rockvale and their approach to making the best of the  portable classrooms.

“They have a really positive attitude about it and I’m super proud of our teachers and administrators for taking ownership and really making those portables homes for our students,” Johnson said. “The Rockvale portables are unsightly, and it’s unfortunate we have had such growth and that we’ve had to add so many portables to such a beautiful new high school, but I think that’s a testament to what’s happening in our community.”