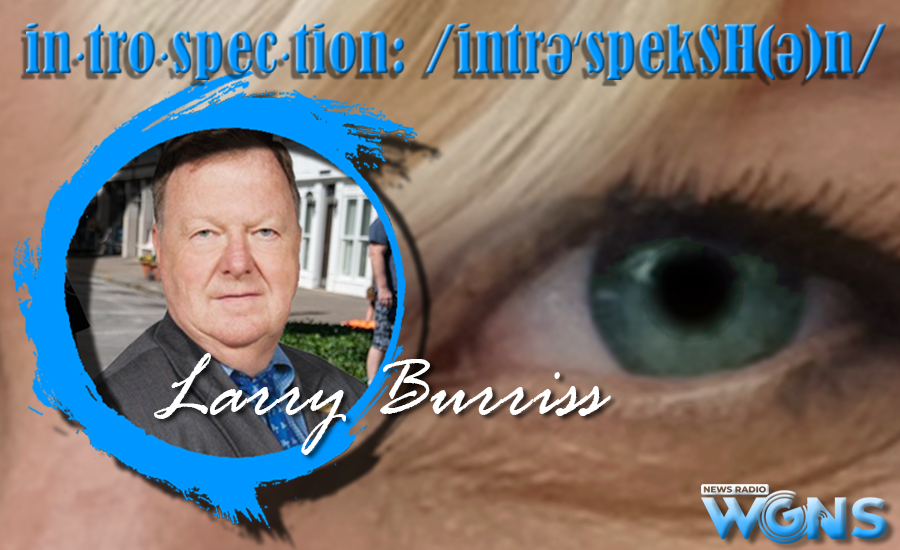 Commentary: Do people have the ability to look at themselves and examine their wrongs or rights with a critical eye? One MTSU professor has something to say on the subject, with a focus on the news. With more, here is Dr. Larry Burriss...

VERBATIM: I’m always amazed at the lengths people, and governments, will go to in order to avoid introspection, the ability to look at yourself with a critical eye, and say to yourself, and others: I made a mistake here.

Take what appears to be the most pressing problem facing us today: Covid-19.

What I hear more and more is the news media are making the problems worse by reporting, well, all of the problems. Unfortunately, this gets back to the old “kill the messenger” mentality that seems to come out whoever there is trouble.

Ignoring bad news does not make it go away. In fact, as any doctor, lawyer or accountant will tell you, ignoring problems will only make them worse.

And anyway, bad news is sure to leak out. Someone always talks.

I read an article the other day in which a couple of reporters said the news should stop covering crime because crime stories are inherently racist and pro-police. That’s like saying we shouldn’t write stories about obesity and high blood pressure because the stories upset some people and make them look bad.

Well, maybe if people weren’t obese and have high blood pressure, or robbing banks, there wouldn’t be any such stories to cover. The media are not causing these problems, people are. And hiding the facts will not make the problems go away.

When government leaders, big business, or even individual citizens start trying to censor the news media, they really need to engage in some serious introspection, and ask themselves what it is they are trying to hide and why. The answers will be revealing.

Dr. Burriss has served as director of the School of Journalism, dean of the College of Mass Communication and president of the MTSU Faculty Senate. He was appointed by Gov. Phil Bredesen to serve on the Tennessee Board of Regents. He was a lieutenant colonel in the U.S. Air Force and served on active duty in Mali, Somalia, Bosnia, Central America, Europe and the Pentagon.
Tags: commentary Larry Burriss MTSU Murfreesboro news op-ed opinion professor Tennessee TN
Sections: News