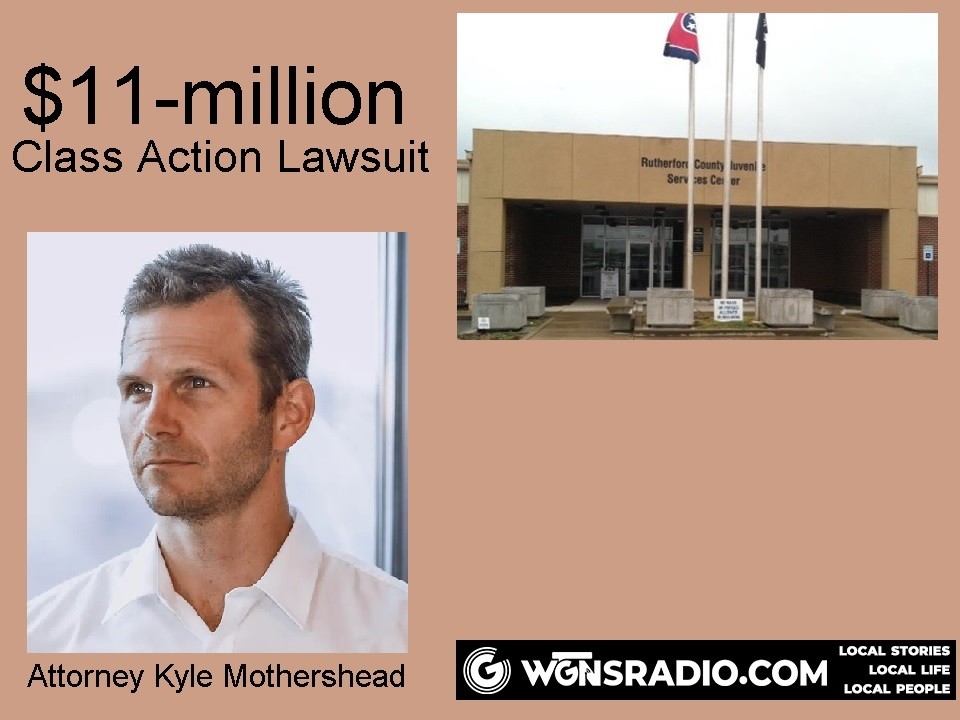 (MURFREESBORO)  An $11-million class action lawsuit against Rutherford County allows thousands of juveniles who feel that they were arrested illegally to file a claim, but the deadline to file is October 29, 2021.

The total amount to be paid by the county will depend on the number of juveniles who step forward with a valid claim. That translates into approximately $5,000 for each time a juvenile was illegally detained.

Attorney Kyle Mothershead told WGNS, “The claim must be filed by October 29, 2021, or it will not be accepted.”

The attorney continued, “For twenty-five years, Rutherford County operated a mass illegal incarceration regime in which literally thousands of children were illegally arrested and jailed at the Rutherford County Juvenile Detention Center.  In 2017, a federal judge ordered the County to stop its illegal mass incarceration polices, and earlier this year the County agreed to a class action settlement of up to $11 million to compensate the children who were victimized by these policies.”

Mothershead explained that the claims process is difficult to navigate, and families only have until October 29, 2021 to file their claims or they will lose their opportunity.

Anyone who believes that they or a family member may have a claim to phone (615) 730-8619 or email info@brazilclark.com, or (615) 730-8619. Claimants can also contact the settlement administrator at https://www.rutherfordjuvenilesettlement.com/.

NOTE:  Attorney Kyle Mothershead will be on Angela Bingham’s radio show on WGNS at 6:00PM this coming Sunday evening (9/26/2021).