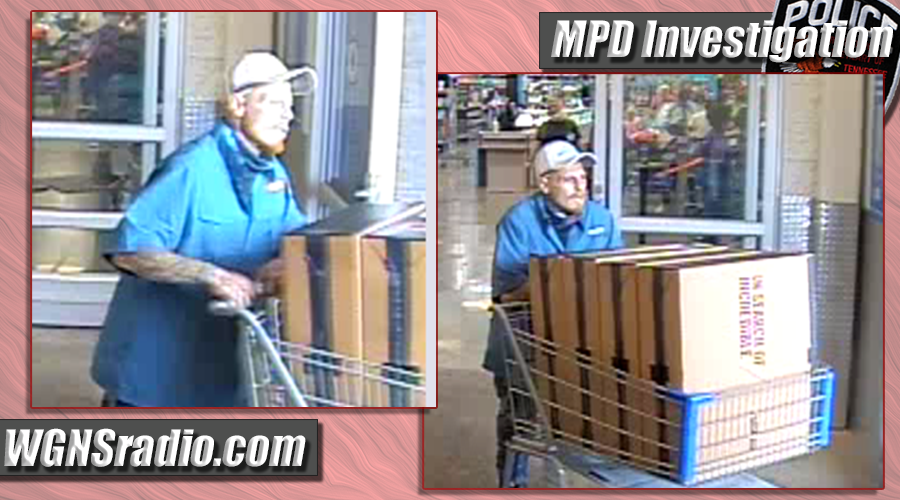 UPDATE - MURFREESBORO, Tenn.  – A suspect has been named in the Sam's Club case that involved a subject who allegedly tried to steal computers from the store and later assaulted a store employee, according to Murfreesboro Police.

Property Crimes detectives said the man, who they have yet to name publicly, allegedly stole thousands of dollars’ worth of computers from Sam’s Club and reportedly returned several days later and tried to steal even more. Police say he also assaulted an elderly employee.

ADVERTISEMENT
Shortly after the news story aired on WGNS and then shared on social media, authorities received tips from the community and confirmed the suspects identity.

Warrants have been obtained by the MPD and the accused will face charges that include two counts of theft (between $2,500 and $10,000), robbery and simple assault.

Authorities say this was not the first time the man allegedly stole from the Sam's Club store in Murfreesboro.

Scroll down for more details on what occured at Sam's Club that led to charges being filed...

The most recent incident on Sept. 24th, the unidentified man entered Sam’s Club on John R. Rice Blvd. and loaded a shopping cart with several computers, according to the MPD.  As he was leaving – he failed to pay for the goods in his shopping cart, according to police.

WGNS was told by Murfreesboro Police that store employees confronted the man as he left, which was when he rammed the shopping cart into a 61-year-old female employee. The Sam's Club worker fell to the floor and other store employees rushed to her aid while another assisted in recovering the computers.

After the chaos this past Friday, the man got away. However, that has since changed and again - warrants have been obtained by the MPD.

According to detectives, the same man stole six computers from the same Sam’s Club store on Sept. 16th. The computers are valued at more than $4,600.

Detectives believe the man may also be responsible for similar computer thefts at Sam’s Clubs in Antioch and Clarksville.