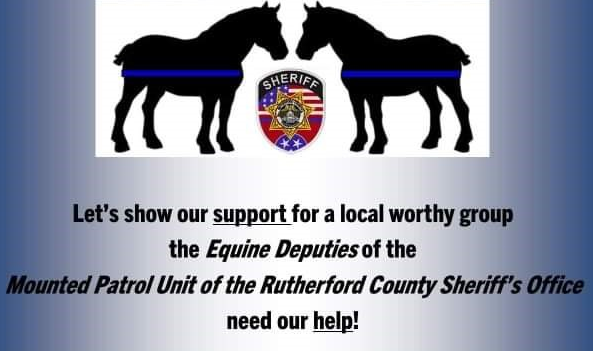 “Ride Your Steel Horses to Meet the Patrol Horses” will raise funds for the Sheriff’s Mounted Patrol Unit by Harley Davidson motorcyclists Sunday, Oct. 17 at Lane Agri-Park in Murfreesboro.

The Middle Tennessee HOG (Harley Owners Group) Chapter #2715 members will pay for a charity ride from their sponsor Moonshine Harley Davidson of Franklin to Murfreesboro with the proceeds donated to the Mounted Patrol Unit.

ADVERTISEMENT
Motorcyclists are expected to arrive about 2:30 p.m. at Lane Agri-Park on John Rice Boulevard and meet their families and other people who would like to attend.

Sheriff’s Sgt. James Holloway of the Mounted Patrol Unit said the deputy riders will talk about the horses and inform people about the program.

A donation box will be available for contributions that are tax deductible to the program with a non-profit 501(c)3 status. Also, people may bid during a silent auction.

A food truck will be on site for people to buy food and beverages.

“Donations will be used primarily to purchase much needed horses and equipment, feed, veterinarian care and farrier services,” Holloway said.

The Sheriff’s Office established the Mounted Patrol Unit in 1998 with donated horses. The riders and horses participate in about 100-120 events per year including:

• Patrolling the malls and retail stores during the Christmas shopping seasons to protect shoppers and businesses.

• Providing safety at community events such as high school football games, the 4th of July fireworks, the Great Tennessee Air Show and Friday Night Live music on the square.

• Serving as part of the Honor Guard for fallen first responders.

• Providing security for the 2020 Presidential Debate in Nashville, the riots in Nashville and the downtown rally in Murfreesboro.

• Responding to mutual aid requests from other law enforcement agencies such as the riots in Nashville. 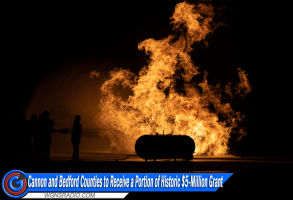