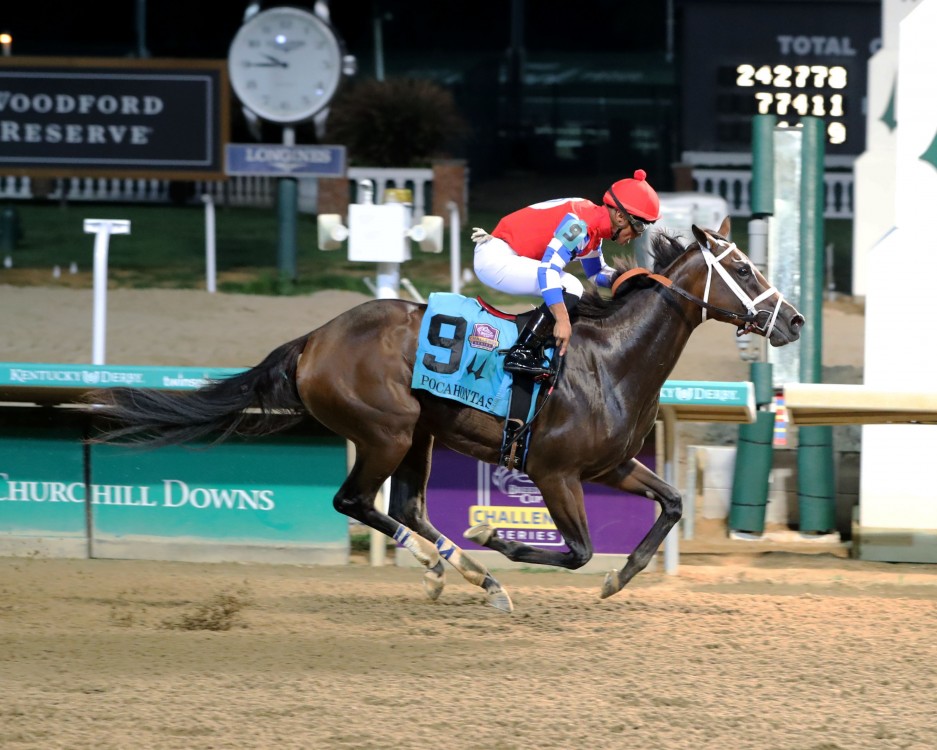 Bret Calhoun has been in the Thoroughbred game for quite some time now. Having registered his first win as a trainer back in 1994, this Dallas, Texas native has seen his fair share of quality horses. With over 2600 career wins, Calhoun has tripped the light fantastic to the winner’s circle plenty of times. He’s got one youngster now, however, that might just take him to some all-new heights.

Hidden Connection has been nothing short of fabulous thus far. The first two starts of her career have been jaw-droppers to say the very least. Winning by a combined 16 ¾ lengths, this two-year-old daughter of Connect has “something special” written all over her.

“The first couple of times she breezed I got a little excited”, admits Calhoun. “Of course I have been around long enough to know you can’t get too excited until they race. What you see in the mornings does not always transfer to the afternoons. She had some early works at Keeneland that were very impressive. You could see on the gallop out she might have the makings of a monster.”

Her first start at Colonial Downs on August 17 saw Calhoun’s thoughts about this fantastic filly come to fruition. Stalking the early pace, Hidden Connection took command at the top of the stretch and rolled home in hand by 7 ½ lengths. Covering the 5 ½ furlongs in 102.21, this granddaughter of Awesome Again looked magnificent.

Jumping into much deeper water in her second start, the mile and a sixteenth Pocahontas Stakes at Churchill Downs would tell Calhoun even more about his youngster. Once again, the crafty conditioner was rewarded with a huge performance. Again stalking the early pace, the stretch out in distance was to her advantage. Taking the lead at the three-quarter-mile mark, Hedden Connection opened up in the stretch and left the others in her dust. Kicking home in 1:43.78, others were finding out what Calhoun already knew as she established a new Stakes record time.

“The jump up in distance never really concerned us because everything she has done told us she wants more ground”, says Calhoun. “She is bred to go farther and even though you think she is ready there is nothing like seeing it happen on race day.”

The Pocahontas win put hidden Connection on the big stage in more ways than one. Of course one of the biggest races for three-year-old fillies takes place over that very same dirt next May when the Kentucky Oaks is run. But in the here and now it provided a berth into this year’s Breeders’ Cup. The Juvenile Fillies race on November 5 will bring together many of the top two-year-olds. Looking for his first win in the Breeders’ Cup, Calhoun has taken six previous runners to these year-end World Championships, but this may be his best shot at a trip to the Cup winner’s circle.

“We are absolutely looking forward to the Breeders’ Cup”, says Calhoun. “The general focus of racing seems to be on the three-year-olds and the Juvenile races at the Breeders’ Cup gives everyone a look at the things to come. We hope to keep our horse healthy and are eagerly awaiting the opportunity to compete at an event like the Breeders’ Cup.”

The Juvenile Fillies race will be run at Del Mar on November 5 as part of the future stars Friday card. 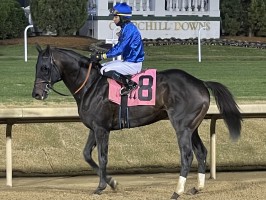 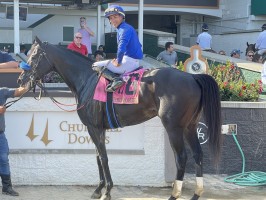