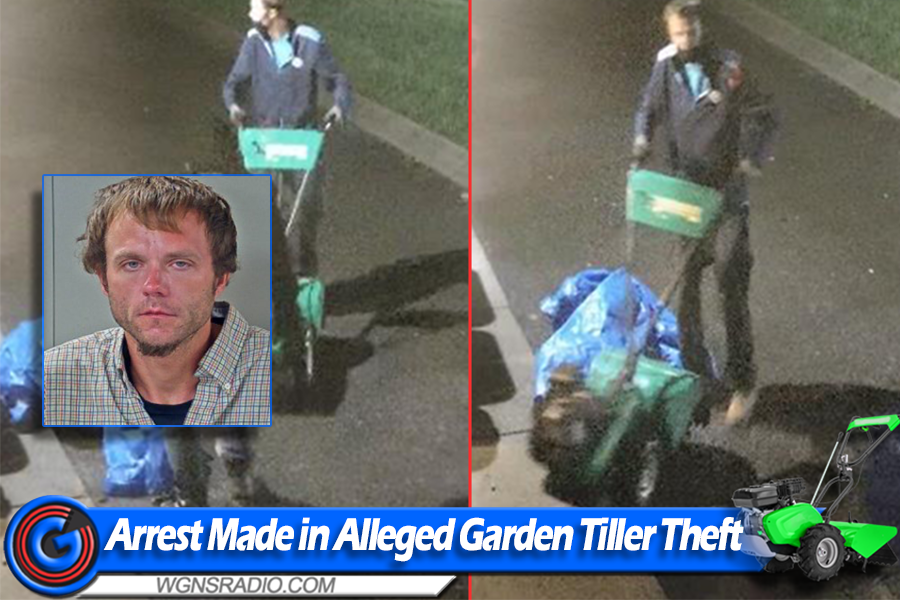 Above photo of suspect Nicholas Waller, released by MPD

WGNS NEWS has an update to a story we told you about earlier this month involving a stolen garden tiller... Now, an arrest has been made.

MPD Public Information Officer Larry Flowers told WGNS on Monday (10/25/21), “Murfreesboro Police detectives have identified and arrested one of the men who stole a tiller from a business on W. Burton Street on Oct. 7.” Flowers said that 37-year-old Nicholas Matthew Waller was arrested and charged with theft (under $1,000).

Previous to Waller's arrest, Property Crimes Detectives reported that the rear tine tiller was recovered and returned to its owner.

As of Monday afternoon, Waller remains behind bars at the Rutherford County Adult Detention Center unable to post bond.

Scroll down to read more about the theft...

Theft of a Garden Tiller

When the Weed Eater brand tiller was originally reported as stolen on October 7th, it was said to be behind a Murfreesboro business in the 500 block of West Burton Street.

To transport the awkwardly large and heavy piece of garden equipment, the culprits allegedly removed it from behind the business and relocated it to a nearby area. Later, police say the men returned to pick-up the carefully placed rear tine tiller.

When the men made the return trek to pick up the tiller, investigators say they showed up in a small red four-door sedan. After loading the tiller into what looked to be a Nissan, they drove away.

Again, the tiller has since been recovered and returned to its rightful owner and at least one arrest was made.