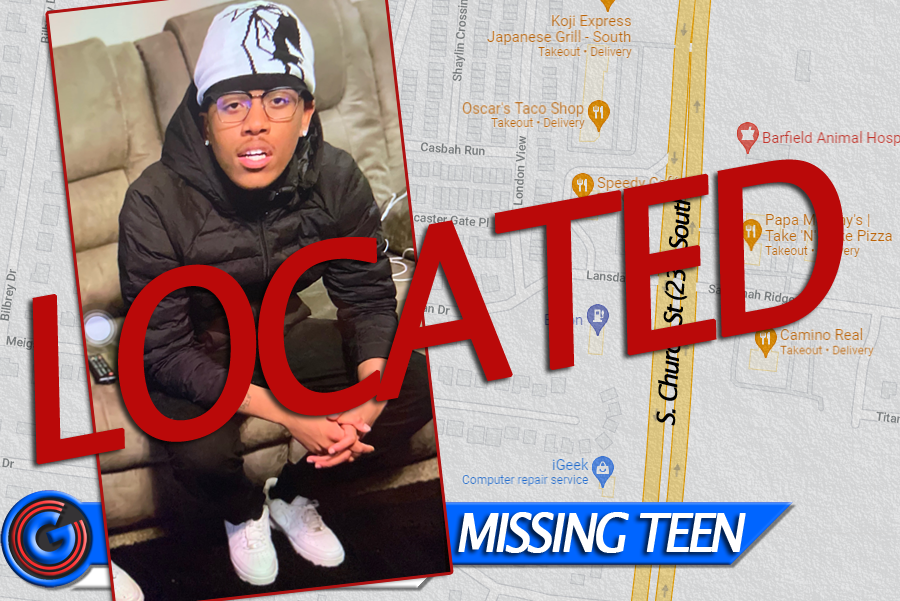 UPDATE: Missing Teen Located - Just before 8:45 AM on Wednesday (10/27/21), Murfreesboro Police notified media that the 16-year old who was reported as MISSING, has been found and is safe. The teen was reunited with his family, according to Public Information Officer Larry Flowers.

ADVERTISEMENT
The Murfreesboro Police Department has reported that a teenager is missing.

Reports indicate he was last seen in the Lansdan Dr. / London View Dr. area around 7 p.m. Tuesday evening, Oct. 26, 2021 – that is near the intersection of South Church Street and Savannah Ridge.

Police tell WGNS the juvenile has a severe laceration to his hand and may be in need of medical assistance.

The teen was last seen wearing a lime green shirt, black pants and was bare foot. The 16-year-old has a name tattooed on his neck.