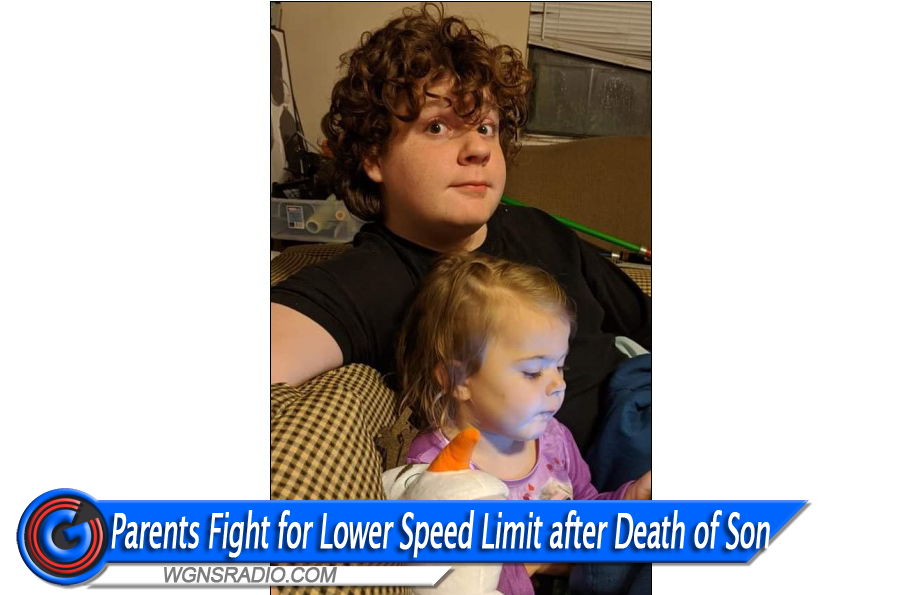 Nate Isbell, an 8th grade student at Rock Springs Middle School in Smyrna, was struck by a car and killed in Murfreesboro in 2020

Lily didn’t want to touch the slimy inside of the pumpkin, remembered Nate’s father, Chuck Isbell.

ADVERTISEMENT
“Nate got Lily to touch the guts,” Isbell said. “He made her think it was funny.”

That memory remains precious since Nate died from injuries suffered in a pedestrian crash Halloween night. He was a student at Rock Springs Middle School.

Isbell and his former wife, Janeesa Perkins, of La Vergne, wanted to honor their son’s memory by preventing another child from being killed.

The parents lobbied the Rutherford County Commission, whose members voted unanimously to lower the speed limit to 25 mph in residential areas Halloween night.

“We wanted to get this done before Halloween and get the word out,” Perkins said.

Perkins credited Rutherford County Commissioner Michael Wrather who talked with her and sponsored the resolution.

“If you love kids, slow down,” Wrather said.

The parents pointed out a Washington Post story in October 2019 stating children are more likely to be killed on Halloween than any other day of the year based on federal highway data.

“A Washington Post analysis found that 54 pedestrians younger than 18 were struck and killed by an automobile on Halloween from 2004 through 2018,” the story stated. “That compares with 16 on a typical day.”

Perkins said she hopes drivers will slow down and be more aware of children walking Halloween night.

“These are preventable deaths,” Perkins said.

Nate’s parents want to lower the speed limit to 25 in all county subdivisions permanently to keep children safer and improve their survival rate.

“We don’t want any other family to go through what we went through,” Isbell said. “It’s a horrible thing.”

Besides fighting for lower speed limits, Isbell joined Walk Bike Nashville, an organization that promotes safety for pedestrians and bicyclists. They developed in Nate’s memory an orange Halloween poster reading, “Keep a Kid Alive. Drive 25.” The signs will be promoted at schools and in the community.

The parents are teaming up with Walk Bike Nashville to promote Halloween safety as well. They are asking people to sign a petition to lower the speed limit to 25 mph all the time in residential neighborhoods.

Here is the link: https://www.walkbikenashville.org/25mph_speed_limit_for_local_roads_in_rutherford_county?recruiter_id=42141&fbclid=IwAR0NpH4dVpqpUzwZ8m1SwI5UYDdxx6jrzQJqXrNJ_HUYd3g76WWNN6fv2Us.

As the anniversary of Nate’s death approaches, the parents treasure their memories of their son.

Isbell said Nate loved comic books and super heroes. He could name the super heroes beginning at age 4. He enjoyed playing the electric and acoustic guitars.

He was very kind, his father said. When students at school stuffed a boy into a trash can, Nate grabbed the trash can and laid it down so the boy could escape.

Perkins remembered Isbell bought Nate a hoodie but her son didn’t have the hoodie when he returned home. Isbell asked what happened.

Their son said his friend didn’t have a coat so he gave it to him.

“He was funny and made jokes about his curly hair,” Perkins said. “It was a joy for me to be his mom.”

They will share stories during a candlelight vigil and bonfire in Nate’s memory with family and their son’s friends Halloween night.

“We want to make a new memory so Halloween won’t always be so sad,” Perkins said. “We will find a way to make a better memory for that day.”