UPDATE: Man Reported as Missing in Murfreesboro has been Safely Located 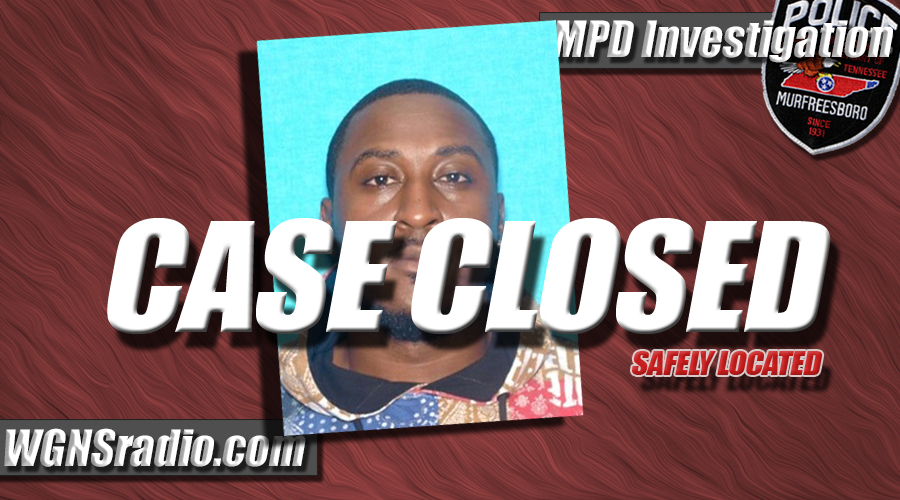 MURFREESBORO, Tenn. – A man was reported as “MISSING” in Murfreesboro, has now been located, according to police.

31-year-old Marquis Antwon Tipton was reported missing by a family member on Thursday, November 4, 2021. Authorities told WGNS NEWS that Tipton messaged a family member stating that he wanted to harm himself. After the message was received, the “Missing” report was filed with the MPD.

On Tuesday (11/9/21), the police department notified WGNS NEWS that Tipton was safely located.

Again, the missing person case has been closed and Tipton’s name has been removed from the National Crime and Information Center database.