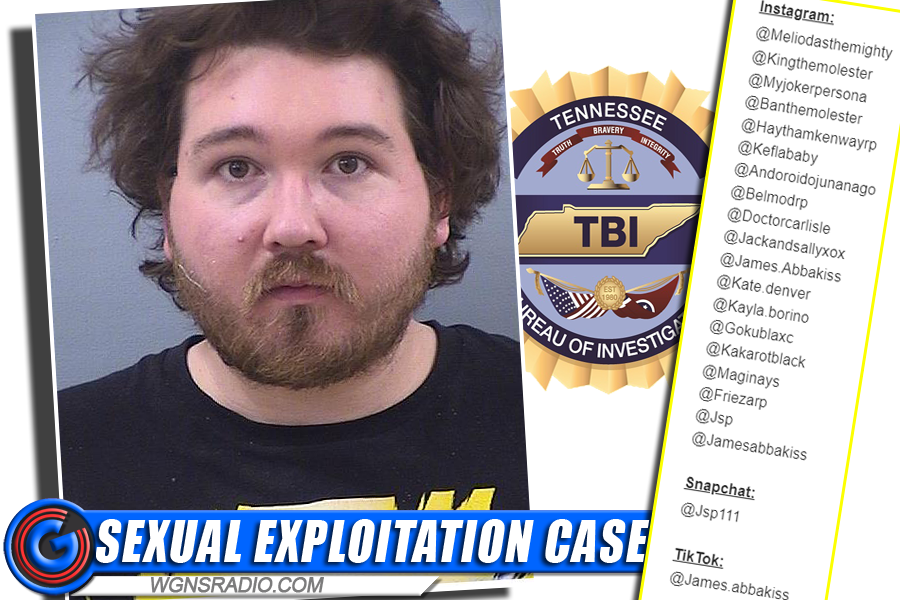 Information from the TN Bureau of Investigation

In June of 2020, TBI’s Internet Crimes Against Children (ICAC) Unit began investigating a report of a man, known online as “James Abbakiss,” who was soliciting and threatening a Sumner County teenager on social media. Agents identified the man as James Macinness, and in July 2020, New York State Police executed a search warrant at his now former residence in Oneonta, where TBI agents assisted in the interview. As a result of the ongoing investigation, the Sumner County Grand Jury returned indictments last month, charging 24-year-old Macinness (DOB 6-9-97) with one count of Solicitation of a Minor, one count of Harassment, two counts of Especially Aggravated Sexual Exploitation of a Minor, and four counts of Sexual Exploitation of a Minor.

ADVERTISEMENT
Earlier this month, authorities arrested Macinness in Long Island, New York, after which he was extradited to Sumner County, where, at the time of this release, he remained in the custody of the Sumner County Jail on $75,000 bond.

Scroll down for a list of accounts the suspect maybe using, according to the TBI...

The investigation remains active and ongoing, and, believing there may be more victims in Tennessee, other states, and internationally, the TBI is asking anyone who had contact with these profiles believed to be associated with Macinness to contact 1-800-TBI-FIND or email TipsToTBI@tn.gov.