COMMENTARY: Criminal Trials and the Media - by Professor of Journalism Larry Burriss 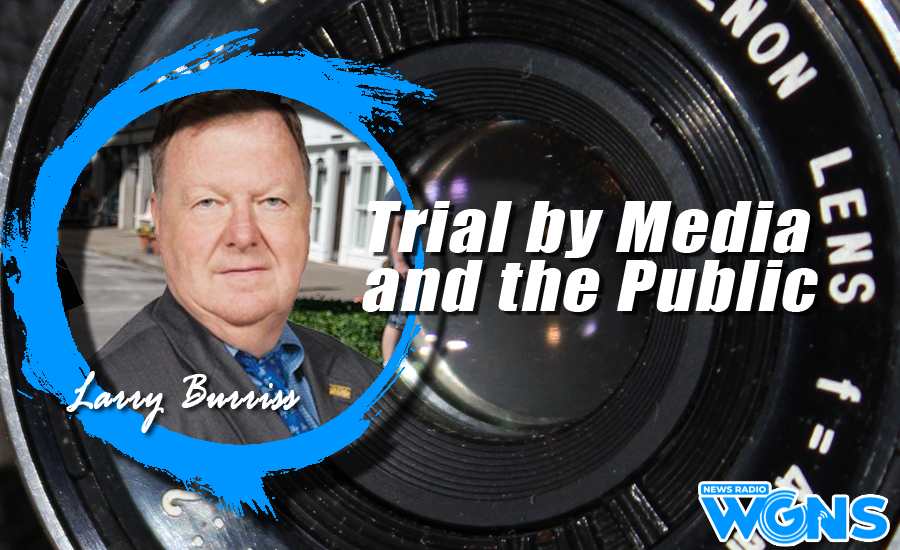 COMMENTARY: Criminal cases in the news often receive scrutny from various media sources and the public – with more on this topic, here is MTSU Professor of Journalism Larry Burriss…

ADVERTISEMENT
Scroll down for more...

Verbatim: “Once again, a high-profile criminal trial has caused an outcry against media behavior. I’m not sure how much media self-reflection there has been, but there have been the usual criticisms leveled by each media side against the other: sensational, inaccurate reporting, reporter misbehavior, and the ever popular accusation of someone from the other side looking for a book deal.

Now, just because someone has always done bad things is no excuse, but it is interesting to see just how much reporters have gotten into trouble for the way they cover trials.

Let’s go back to 1935, and the New Jersey trial of Bruno Hauptmann for the kidnapping and murder of the Lindberg Baby.

There were even quotes from Hauptmann himself as to the credibility of witnesses against him.

There was a court-ordered prohibition on still and motion picture photography and sound, but the order was pretty much ignored. There were photographs run of jurors and sound recordings from inside the courtroom, despite court orders against them.

All told there were some 700, newspaper reporters and more than 120 still and motion picture photographers and an estimated 20-thousand spectators at the trial and around the court house.

Now let’s jump ahead to 1954 and the trial of Sam Sheppard, accused of the murder of his wife, Marilyn Reese Sheppard.

Sheppard’s conviction was overturned by the U.S. Supreme Court in 1966 after justices criticized the “circus atmosphere” during the trial.

There was a televised inquest attended by several hundred spectators in a gymnasium. Newspapers published the names and addresses of prospective jurors. The jurors had access to newspapers that published incriminating evidence not introduced in court.

A broadcast station was given space next to the jury room, and reporters moved freely about the courtroom, often causing delays and confusion.

None of this is to excuse media behavior during the Kyle Rittenhouse trial. I just wonder why nothing has changed. -  I’m Larry Burriss.”