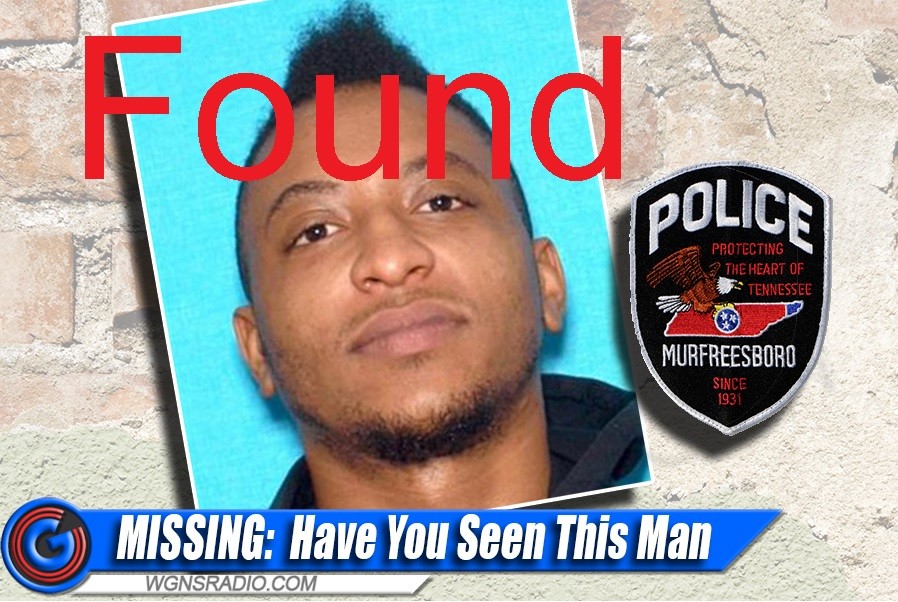 (MURFREESBORO) Police report that 24-year old Deangelo Devon Hayes has been found SAFE! The local man was unharmed and with family in Memphis.

As you recall from earlier WGNS' broadcasts, on Monday (11/22/2021), Hayes checked himself into Ascension Saint Thomas Rutherford Hospital after having suicidal thoughts. He walked out of the hospital before he could be seen and treated by the ER staff.

When that happened, he was entered into NCIC as a missing person.

Again, the good news is that  Deangelo Devon Hayes has been located safe with family in Memphis.