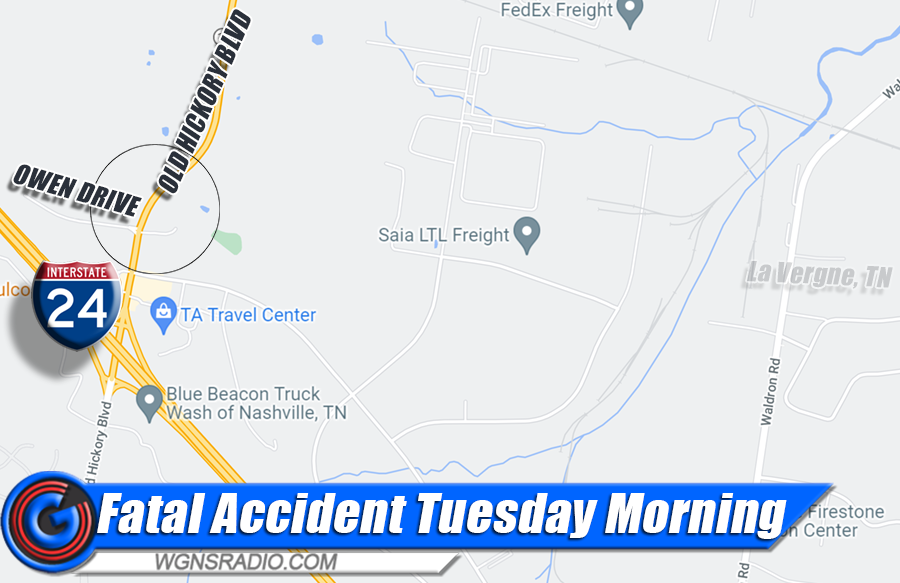 A 44-year-old man who lives in Murfreesboro is now the subject of a vehicular homicide investigation in Nashville.

The victim killed in the auto accident on Old Hickory Boulevard near Interstate 24 and Owen Drive early Tuesday morning (Nov. 30, 2021) was identified as Jeffrey Tenzera. The 63-year-old man lived in Mt. Juliet.

ADVERTISEMENT
According to the preliminary investigation by Metro Nashville Police, the driver of a Cadillac Escalade was traveling at a high rate of speed passing vehicles on the right shoulder when he went off the roadway. Witnesses say the driver of the SUV over-corrected and entered the opposite lane of traffic.

Murfreesboro resident Lamario Hunt has been identified as the driver of the Escalade, as noted by police. Hunt struck a Chevrolet Trax forcing it off the roadway. Immediately after the crash Hunt was picked up by a white Dodge Charger and was driven back to his home in Murfreesboro. Authorities say that Hunt's wife later drove him to Vanderbilt University Medical Center with non-life-threatening injuries.

The driver of the Trax and the passenger, Tenzera, were taken to Vanderbilt as well. Officers reported the driver experienced life-threatening injuries while Tenzera was pronounced dead at the hospital. Both occupants of the Trax were wearing their seat-belts.

Hunt showed signs of impairment at Vanderbilt and a search warrant was issued for a blood sample at the hospital, according to the Metro Police Department. A large amount of marijuana was allegedly found inside the Cadillac as well as a small plastic baggy with a white powdery substance.